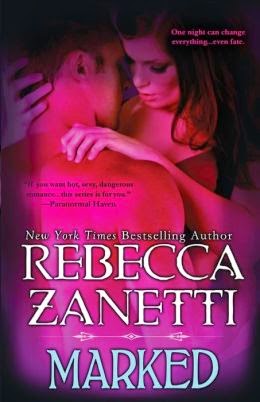 Janie Kayrs has known Zane almost her whole life. He was her friend in the dream world. She trusted him. But that was before he kidnapped her, spiriting her away to an isolated cabin to learn what her dreams never told her. Like how dangerous he looks. How he got on the wrong side of the negotiating table. And how much sexier he is in real life…

Zane is a battle-hardened warrior, used to command and solitude. But Janie has drawn him from the minute they met. His need for her could destroy everything he’s worked for, but the risk is too sweet not to take it. They call her the Chosen One. But when it comes down to the questions of peace or war, life or death, safety or passion, it will be Janie who makes the choice…

Love is about to start conquering…

This was a very bittersweet read. I started reading this series about 2/3 years ago and I’m very sad to say goodbye to this but I liked that the author did not unnecessarily drag the series. Anyways, here’s the review: Janet Isabelle Kryrs, called Janie Belle by her loved ones is the chosen one. Her birth and her changing the world was prophesied by oracles/prophets from all species of the realm. We met Janie when she was 4 years old in the first book in the series, a child who knew things (she’s psychic) and had the ability to walk into dream land. Which is where she met Zane. In the last couple of books we saw her become a young woman who had so many responsibilities on her thin shoulders yet she was a smart-ass and had smile for everybody. Janie has spent all her life believing that she is going to change the world and ultimately keep everyone she loves safe. Zane Kylwood is a half vampire and half something you will have to read to find out. Also known as the Ghost. He really isn’t the quiet, sweet boy that Janie was best friends with for years in their dream world before he went to live with his mother’s people. Zane is a solider, he has spent the last decade of his life in battle. He’s also an assassin, committed a lot dangerous acts and took alot of beatings to keep his family safe from his uncle. Zane from a young age has believed that Janie will be his and he will keep everyone he holds dear safe, He also hates that Janie’s willing to do anything to stop further bloodshed in the war.

Both Janie and Zane love their family, they are willing to sacrifice themselves if it means that they get to live. Janie has always believed in fate especially since fate was what resulted in her getting a family. Zane doesn’t, he wants his Janie to have choices for her future, ones that don’t involve her mating with Kalin.

Zane and Janie’s relationship was at times sweet and tender other times passionate and intense. I really liked them together, how they were both with only each other was very different to how they act around others. Janie has always showed a strong and bright front for her family, she is also slightly spoiled since her members love her and wouldn’t do anything to make her upset. She usually gets her way but not with Zane. Zane sees right through her act, of not only her manipulating people into doing what she wants but to the young vulnerable woman shes underneath. They are both stubborn and believe that they are right in all things which made their banter very interesting.

There were a few surprises about the Kayrs brothers and their behavior which made ultimately a lot of sense. The book had some twists and turns which I didn’t see coming. I sniffled and cried a few times when it seemed there would be no happy ending for anyone in the realm let alone Janie’s. They were also a lot of plotting, planning going around in the book to get the upper hand in the battle from both sides of the line and quite a few battle/fighting scenes.

We also had a quite a few scenes of the Kayrs brothers and their mates. It was lovely seeing them again.

Kalin was as expected a big part of the book, I always thought he would end up dead not because he’s a crazy, serial killer psychopath (he is that) but because of his obsession with Janie. And I liked how the prophesy his people foresaw would come to pass eventually from the way the book ended, it was just not the way he thought it would have. Sneaky Rebeecca Zanetti!

Overall, a great and a happy ending to a wonderful series. Bravo Ms. Zanetti!

I cannot wait for the spin-off of the series and I really want to know what happened with Nick and his witch. Happy Reading!