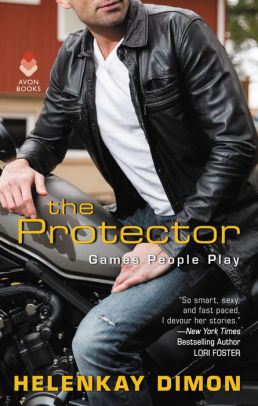 “Dimon excels at creating memorable, complex characters.” — Publishers Weekly (starred review)
Salvation, Pennsylvania. The commune located in the small town was advertised as a modern Utopia: a place to live, share, and learn with other like-minded young people. Cate Pendleton’s sister was one of them. Now she’s dead—and Cate won’t rest until she finds out who killed her. Stonewalled at every turn, she approaches a DC Fixer for help and ends up with Damon Knox, a mysterious man with a secretive past. But Cate soon discovers that she not only needs Damon, she wants him, which isn’t good—for the attraction brewing between them will only lead to complications that can turn into danger . . .
Damon has tried to erase the hellish memories and the evil that happened in Salvation ever since he left a long time ago. Still, he can’t turn his back on Cate. As Damon works with Cate to uncover her sister’s killer, he finds himself drawn to her more and more. But how will she feel about him when she learns about his connection to the place?
Joining forces to uncover the truth, they must stay one step ahead of a cunning killer who’s bent on not being exposed.

Author HelenKay Dimon shares her playlist for The Protector, Book 4 in her Games People Play Series!! Also Enter the giveaway to win previous books in the series Below.

“Where’s My Love” by SYML

“Fix You” by Coldplay

“Just Give Me A Reason” by P!nk

“Make You Feel My Love” by Adele

“Sometime Around Midnight” by The Airborne Toxic Event

“Let’s Hurt Tonight” by One Republic

“The Sound of Silence” by Disturbed