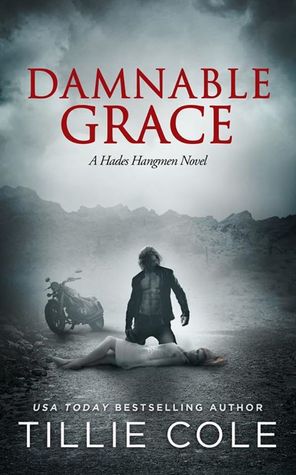 EVEN THE BROKEN, THROUGH LOVE, CAN FIND GRACE...
Secrets never stay hidden.
The burden of guilt never lifts from the heart.

Born and raised in The Order of David, Sister Phebe knows nothing but cult life. Head of the Sacred Sisters of New Zion, Phebe was groomed from childhood for one purpose: to seduce. Prized as a harlot, as a New Zion whore, Phebe is taken from the doomed cult by Meister, the notorious leader of the Aryan Brotherhood. Taken as his possession. Taken to be the woman who will obey his every sexual demand. Under his heavy hand, Phebe finds herself in a place much worse than she could ever have imagined... with absolutely no one to help. And no glimpse of hope.

Xavier ‘AK’ Deyes is content with his life as Sergeant-At-Arms of the Hades Hangmen. Leader of the infamous ‘Psycho Trio’ and ex-special ops sniper, AK knows how to fight. Experienced in warfare and schooled in military operations, AK is vital to the Hangmen. When his Vice President needs help retrieving his missing sister-in-law, Phebe, from a Klan-funded trafficking ring, AK volunteers to go in. AK remembers the red-head from New Zion. Remembers everything about her from the single time they met—her red hair, blue eyes and freckled face. But when he finds her, heavily drugged and under Meister’s control, her sorry condition causes him to remember more than the beautiful woman he once tied to a tree. Saving Phebe forces hidden demons from his past to return. A past he can never move on from, no matter how hard he tries.

As AK fights to help Phebe, and in turn she strives to help him, they realize their secret sins will never leave them alone. Kindred broken souls, they realize the only way they can be rid of their ghosts is to face them together and try to find peace.

Despair soon turns to hope, and damaged hearts soon start to heal. But when their deep, painful scars resurface, becoming too much to bear, the time comes when they must make a heavy choice: stay forever damned; or together, find grace.

Gaaah. This is too much. Tillie Cole has done it once again. She has taken the dark world of the Hades Hangmen and turned it into something astounding.

Damnable Grace is the fifth book in the Hades Hangmen series and is the utterly beautiful story of AK and Phebe.

This book will break your heart. It will tear you down into pieces as you wait for Tillie Cole to piece you back together.

Damnable Grace tells the story of Xavier ‘AK’ Deyes. His story is one of huge pain and loss. The story begins telling us of how bright his life was to be only to read further to find his path distorted and destroyed. There is so much strength seen in AK’s character. He has suffered with so much guilt only to come out of it as one of the most caring and protective Hades Hangmen members. We get to see all the relationships he has with the other members from Lil Ash to the psycho trio. And it is downright thrilling to read.

“”It wasn’t your fault.” Flame said aggressively. “I don’t know how many times you have to be told that shit.”

“And I ain’t ever gonna accept that.””

Ak has only meet Phebe once. We read about that in Heart Recaptured and have been curious about these two ever since. Phebe’s story is extremely painful. She has suffered so much in her life. Guilt eats at her every second of everyday as she lives in Hell. There are so many surprises in this book regarding to Phebe’s life. Even with all that has happened to her, her regret, loss and hurt, Phebe has so much strength. It is not possible to describe much without giving away the story.

“I moved beside him and placed my hands on his cheeks. I saw the confusion in his eyes and said, “ You have saved us.”

So this is Phebe’s and AK’s story. It is extremely rough. But they are very similar in the way life has treated them. Both has been through the toughest of situations. It will make your heart clench and twist as you read through their story. It is beautiful but so painful. They have suffered so much. And their suffering doesn’t end for a long time.

“”I watched you, wondering why you portray yourself as two people. Then I believe I found the answer – because you wish to find happiness in the shoes you fill now.” She turned to me and fucking seared me with her blue eyes. “Not the shoes you once wore. The ones that caused you pain, blistering both your feet and heart… for good.””

This book is so worth the read. There will be time where you laugh (Vike and his freaking pineapple) and time where you’ll swoon (Lil Ash ❤) It had me turning page after page until 3am. I went through a roller coaster of emotions reading this story of love and redemption. I can’t tell you how much Phebe and AK will affect you. Read it. 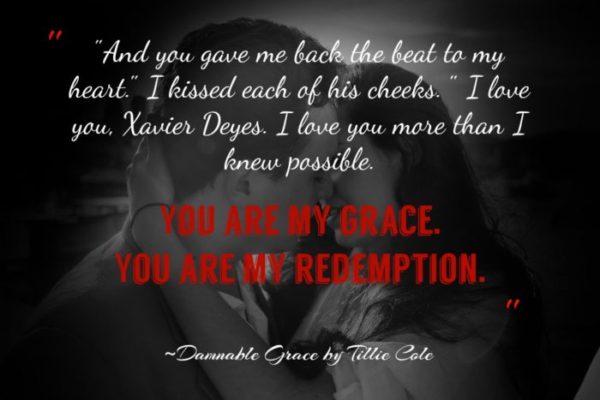 
Tillie is both an independent and traditionally published author, and writes many genres including: Contemporary Romance, Dark Romance, Young Adult and New Adult novels.

Cover Reveal: I Do, Babe by Tillie Cole