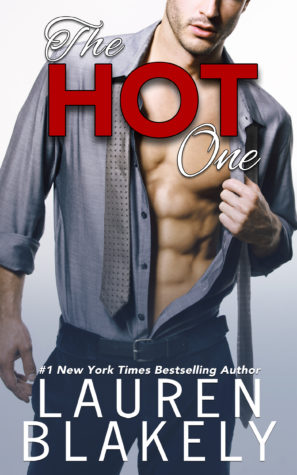 The Hot One by Lauren Blakely
Published by Self Published on February 27th 2017
Genres: Contemporary, Romance, Romantic Comedy
Pages: 300
Buy on Amazon US, Buy on Amazon UK, Buy on Kobo, Buy on itunes, Buy on B&N

Ever notice that sometimes a guy will do something really stupid, like let the love of his life slip through his fingers?
Yeah. I'm that guy. But the moment I run into the woman I once loved madly, I’ve got one goal and one goal only—a second chance. The plan? Go big or go home.
Fine, at first glance, stripping naked at my ex-girlfriend's place of work might not seem like the brightest way to win her heart again. But trust me on this count—she always liked me best without any clothes on. And you've got to play to your strengths when you're fighting an uphill battle. As a lawyer, I know how to fight, and I'm prepared to fight hard for her. Because sometimes you need a second chance at first love.

He's the one who got away . . .
The nerve of Tyler Nichols to reappear like that at my job, showing off his rock-hard body that drove me wild far too many nights. That man with his knowing grin and mischievous eyes is nothing but a cocky jerk to saunter back into my life. Except, what if he's not . . .? I've tried like hell to forget him, but maybe I'm cursed to remember the guy I fell madly in love with eight years ago. Lord knows I’m not over him, so what's the harm in giving him a week to prove he's changed in the ways that matter?
After all, how do you resist the hot one…

Technically, I didn’t drop my drawers the first time I saw her again. Just my balls.
The ones in my hands. Juggling balls.
Here’s how it went down. Picture a Sunday morning in Central Park. A perfect summer day. The grass was green, the breeze was warm, and I’d just spent the last few hours getting acquainted with turtles and frogs at the children’s zoo because I’m an awesome uncle. And Carly’s one cool seven-year-old.
The kid loves all creatures, but especially the ones that jump and crawl, so I took her to the enchanted forest part of the zoo. When we finished, she tugged on my shirt sleeve, batted her hazel eyes, and asked ever so sweetly for an ice cream cone.
Like I stood a chance at resisting her. C’mon. She’s my cousin’s kid, and clearly she gets her charm from our side of the family.
With her hand in mine, we strolled across the grass near the running path, hunting for the nearest ice cream dealer.
And then Carly did that thing little kids do.
She shrieked for what seemed like absolutely no reason. Next, she pointed to an impossibly tall dude wearing a beret while juggling two Rubik’s Cubes, two orange balls, and a small green beanbag.
“He can do five, Uncle Tyler!” Carly shouted, her eyes going wide.
“Five isn’t too shabby,” I said with a shrug.
She turned to me with a questioning stare. “I’ve never seen you do five.”
“That’s because I haven’t shown you all my tricks yet.”
“Can you really juggle five balls?”
I scoffed. “Please, I can do that with my eyes closed.”
I didn’t put myself through law school juggling for nothing.
Just kidding.
You can’t put yourself through law school juggling anything but insane class schedules and lack of sleep.
Carly arched an eyebrow. So did the juggler, as he kept up the cascade of his quintet. Show-off.
“I want to see. Show me,” Carly urged.
Yeah, Carly’s a chip off the old block. She’s all about challenging me, and I’m all about rising to the challenge.
The stick-thin guy with the beret raised his chin. “Have at it, man.”
With clockwork precision, he let the balls fall out of orbit and into his palm. Next, the Rubik’s Cubes. Then the beanbag. He stepped closer, handed me the objects, and flashed a crooked, put-your-money-where-your-mouth-is grin.
Game on.
Packs of runners jogged along, cyclists wheeled over the black asphalt, and rollerbladers whizzed by on the concrete. With my feet parked hip’s width apart, I stood at the edge of the grass getting a feel for the items, weighing them, and then one, two, three, four, five, I whisked each one up into the air in a high oval arc. Round and round, in a perfect five-ball cascade.
Carly clapped, then demanded more. “Yes, now close your eyes!”
I groaned. What was I thinking? Juggling with eyes closed is fucking hard. But I could pull it off for a couple seconds. My special skill. I obliged my niece’s request, pulling off a few quick blind ovals. Five seconds later, after I’d shown off that particular party trick, I opened my eyes.
And I saw a vision from my past.
A blond beauty, with long legs, a lovely round ass, and a high ponytail swishing back and forth across her shoulders. She ran along the path in tiny orange let-me-peel-them-off-with-my-teeth-pretty-please running shorts. And that face. Dear Lord, the stunning face of an angel. High cheekbones. Deep brown eyes that saw me like no one ever had. Those red lips, shaped like a bow. Fuck me, the things she could do with those lips. The things I taught her to do with that sinful mouth.
Delaney sure as hell knew how to use it, and I don’t just mean in the bedroom. We used to talk about anything and everything when we were together in college. Days with her. Nights with her. Best time of my life. That woman was full of spark. Full of fire. So damn passionate. And look at her now.
Jesus Christ.
It had to be illegal to be that smoking hot. 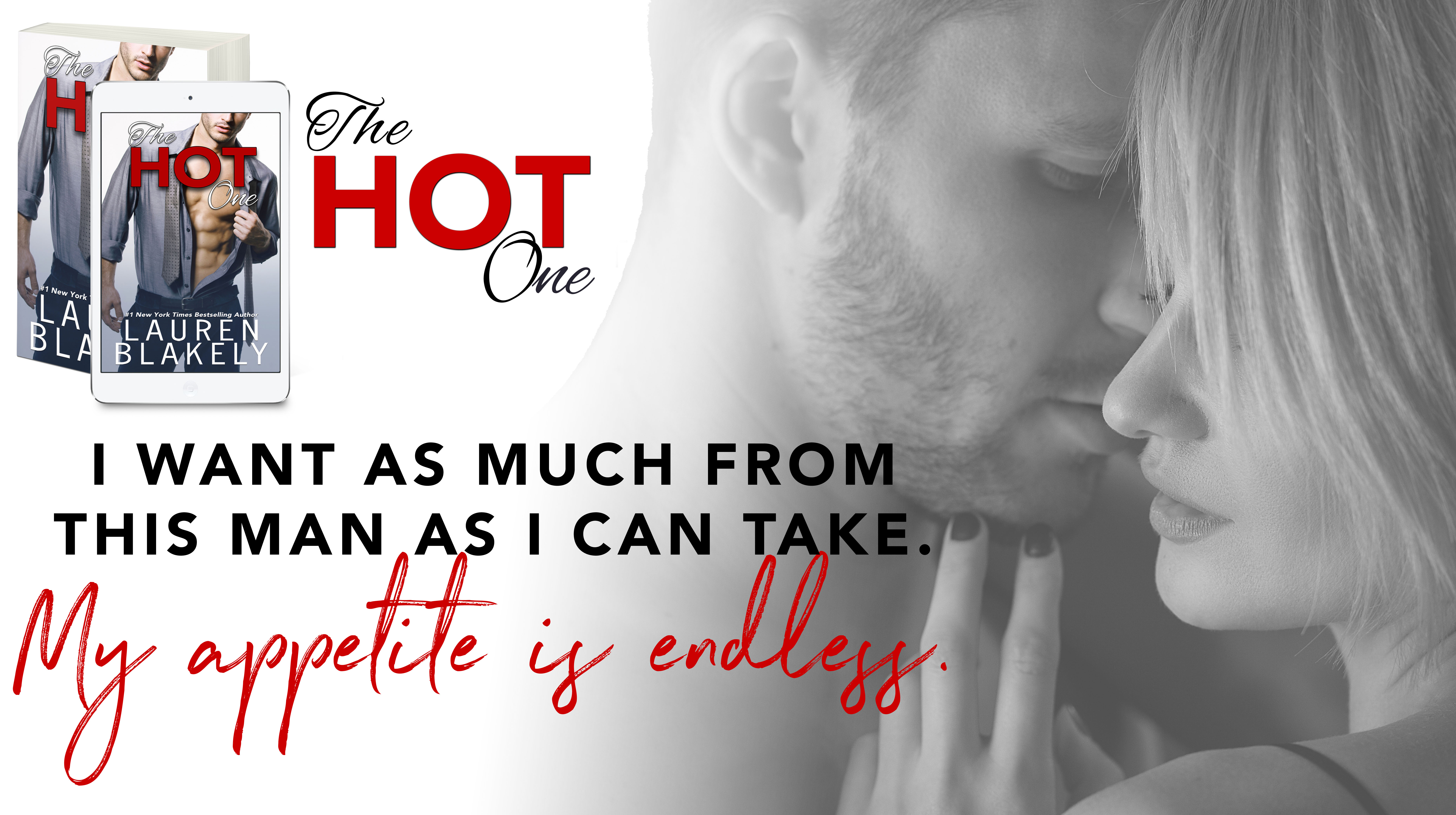 ✮✮✮ Celebrate the release of The HOT ONE! Enter to win everything you need to heat up your nights and your days, featuring the Hot Prize Package ($550 value): Red Hot Coach Hobo Handbag ($450), $50 Gift Card to the Restaurant of your choice, $50 Gift Card to Victoria’s Secret to heat things up between the sheets! ✮✮✮