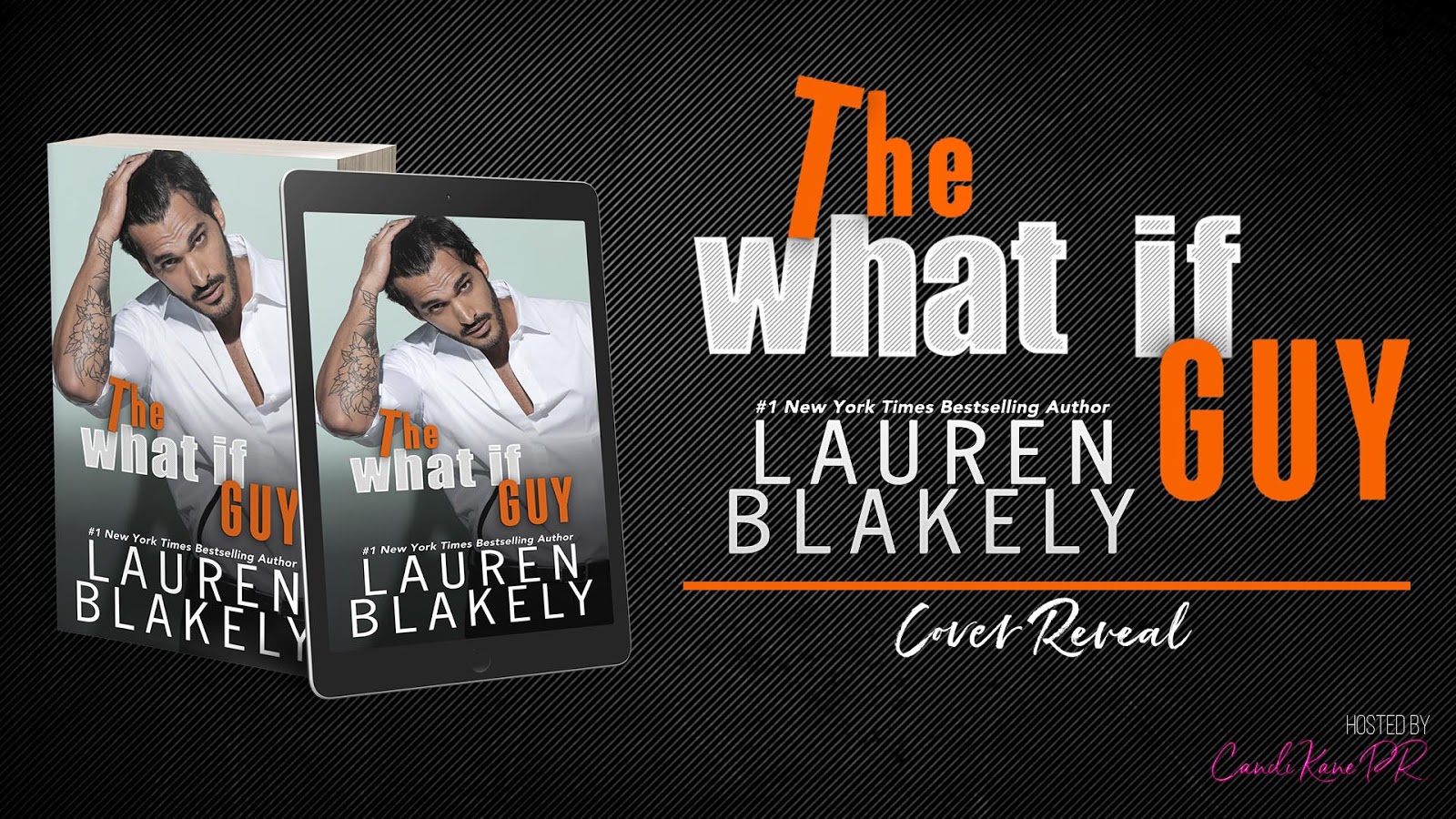 Super excited to share the Cover Reveal for The What if Guy an all-new sexy romantic comedy standalone by #1 New York Times Bestselling author Lauren Blakely is releasing July 24th!!

THE WHAT IF GUY is a sexy standalone you can escape into!

It sounded like the stuff of romantic legends — that whole “their eyes locked across a crowded room” moment that turned into more.
I didn’t believe it. . . . until it happened to me.
Fine, the charming, clever, sexy-as-sin guy in the tailored suit was only trying to buy the same Snoopy lunchbox (as a gift!), but still, our eyes totally locked, and my lady parts definitely tingled as we vied for the prize.
Naturally, I did what any badass business woman would do. Negotiated for the lunchbox, then found my what-if guy online and made plans to see him the next night.
One night only — that was the deal we made.
But one fantastic night had us both changing our minds in the morning. And making plans for another.
Until I walked into the office to learn he just bought my company.
And here’s the biggest rule of romantic legends — no matter what, don’t bang your boss.
Especially if you’re already falling for him.

THE WHAT IF GUY is a sexy standalone you can escape into! The other standalone romances in The Guys Who Got Away series include Dear Sexy Ex Boyfriend!

PREORDER TODAY for a special $2.99 (US) preorder discount for THIS WEEKEND ONLY with the price going up next week!!
✦ Kindle✦Apple ✦Kobo ✦BN✦Google ✦Audible ✦Paperback

THE WHAT IF GUY will be performed with duet narration from Joe Arden & Andi Arndt, with special appearances from Emma Wilder and…Tony Award Winner Santino Fontana!! Santino won the Tony last year for best leading actor for Tootsie, has starred in Crazy Ex-Girlfriend on the CW and is best known as…the voice of Prince Hans from Frozen!! Lauren is so thrilled he’s joining the cast of The What If Guy and playing a role that will be purr-fection! An audio preorder is coming next month! Thanks to Audibly Addicted Productions for casting!