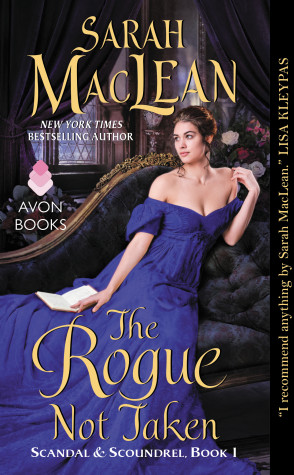 LADY SOPHIE'S SOCIETY SPLASH
The youngest of the infamous Talbot sisters scandalized society at the Liverpool Summer Soiree, striking her sister’s notoriously philandering husband and landing him backside-first in a goldfish pond. And we thought Sophie was the quiet one…
When she finds herself the target of very public aristocratic scorn, Sophie Talbot does what she must to escape the city and its judgment—she flees on the back of a carriage, vowing never to return to London…or to society. But the carriage isn’t saving her from ruin. It’s filled with it.
ROYAL ROGUE'S REIGN OF RAVISHMENT!
The Marquess of Eversley was espied descending a rose trellis—escaping an irate Earl and his once-future countess. No lady is safe from Eversley’s Engagement Ending Escapades!
Kingscote, the Marquess of Eversley, has never met a woman he couldn’t charm, a quality that results in a reputation far worse than the truth, a furious summons home, and a long, boring trip to the Scottish border. When King discovers stowaway Sophie, however, the trip becomes anything but boring.
WAR? OR MORE?
He thinks she’s trying to trick him into marriage. She wouldn’t have him if he were the last man on earth. But carriages bring close quarters, dark secrets, and unbearable temptation, and suddenly opposites are altogether too attractive…

This was a very fun and exciting read!

I loved Sophie’s narration of events.

Lady Sophie Barns: The most scandalous Talbot sister yet.

As the youngest of the talbot sisters, Sophie has come to extremely dislike the society in the years after her father is made an Earl. She yearns for her peaceful and simple life back in Mossbend so when she makes a fool out of her sisters husband, a Duke. Sophie decides its time to return to Mossbend where she will set up her bookstore rather than look into the eyes of the society that view them nothing more than scandal and entertainment.

Eversley, or King as is he called by his friends has a very intriguing past. Not only that but a very interesting present, his reputation as a rogue it seems is greatly exaggerated (by himself). He turned out to be not what I was expecting, at the start he seems like a lot of the rakes from historical books but he had a softer side along with some awful history that led to him being the man he is now.

Sophie and King meet when they are both running away from different yet scandalous situations in their first meeting, alas while King has the means Sophie does not want to wait for her family and wants to quickly leave. She asks for the Marquess help but the rake instead leaves her which leads to Sophie hiding in a carriage of the Marquess and unknown she is leaving London behind. Their whole journey was fun to read, it was like kind of like an old western with gunmen, shooting and pretending to be married. They had great banter, some of their scenes were sweet while others were passionate.

Some parts of the book were predictable with the genre but it was a still a very enjoyable read. Sophie was the star of the book usually its the hero that makes the book more exciting but not in this case.

Quibbles: I didn’t quite like how View Spoiler »the wedding ceremony was done…I felt extremely bad for poor sophie « Hide Spoiler and why the book didn’t get 5 stars is because Eversley’s behaviour at the start of the book towards Sophie. Though he greatly improved till the climax of the story where he again made some rash decisions which I felt the book could have done without.

I’m really looking forward to the next book in the series, another win by Sarah MacLean!

Being shot on the Great North Road isn’t exactly a thing people expect to happen, and Lady Sophie Talbot finds herself in the rooms above The Warbling Wren pub, under the welcome care of a rather mad doctor and the watchful eye of the rather infuriating (and infuriatingly handsome) Kingscote, Marquess of Eversley. There are worse things, she supposes. Or are there? Not for King.)

“If you want a bath, you’ll have to accept my help,” he said.

She pursed her lips at that, her gaze settling longingly on the steaming bath. “You mustn’t look.”
“I wouldn’t dream of it.” It might have been the most obvious lie he’d ever told.

Somehow, she believed it, nodding and throwing back the coverlet to step out of the bed. She came to her feet, the top of her head at his chin, and he resisted the urge to help her across the room. “How do you feel?” he asked, hearing the gravel in his words. He cleared his throat.

“As though I’ve been shot, I’d imagine.”

He raised a brow. “Clever. There’s food when you’ve bathed.” The words summoned a low growl from her, and her hands flew to her stomach. Her cheeks turned red, and he smiled. “I take it you are hungry.”

“Food after the bath. And then sleep.”

“What with you being called King.”

She moved past him to the high copper bathtub. He resumed his place against the wall, arms crossed, watching her carefully as she reached down, her long fingers trailing in the hot water as she sighed her anticipation. The sound was like gunfire in the room—pure, unadulterated pleasure. It was delicious.

King stiffened. He was not interested in the lady’s pleasure.
If only someone would tell his body that.

Giveaway
Rafflecopter Giveaway (a Set of the Print editions of all books in the Rule of Scoundrels series (A ROGUE BY ANY OTHER NAME, ONE GOOD EARL DESERVES A LOVER, NO GOOD DUKE GOES UNPUNISHED, and NEVER JUDGE A LADY BY HER COVER) *U.S. ONLY)
a Rafflecopter giveaway