This is a new segment on the blog where I post a series or book/s that I think people should READ. I’ll tell a bit of what it’s about, books genre, trope, similar books to it or people who have read particular series would enjoy it more.

To start it off, I thought I’d share a series I recently found and loved. The series is called Sons of Wrath by Keri lake. The series is relatively new and has only two books out yet, with the third one releasing next month. 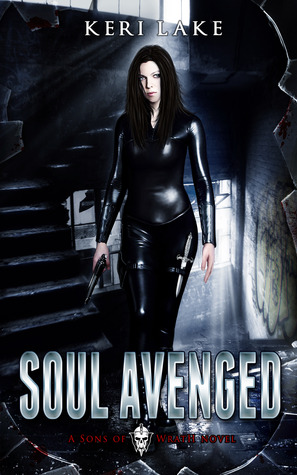 Passion is blind in vengeance and love …

Ayden’s suburban home was invaded by a pack of Lycans.

The brutal attack is the only memory she carries of her former life.

Now, one motive burns in her soul:

The Sons of Wrath—a brood of vengeance-dealing warrior demons—band with Ayden to hunt the Lycans on Detroit’s most deadly feeding grounds.

Unfortunately, the newly bitten Lycan has something she wants—clues that may finally lay her past to rest. To reach them, she must be willing to submit to the sensual pleasures awakened by his touch.

Time is running out.

In seven days, Kane will become what Ayden despises most. She can halt his transformation but the antidote requires the ultimate sacrifice. As the beast takes hold, Kane becomes more of a threat.

Ayden must choose between her lust for revenge, or surrender to her enemy and discover a horrible truth. 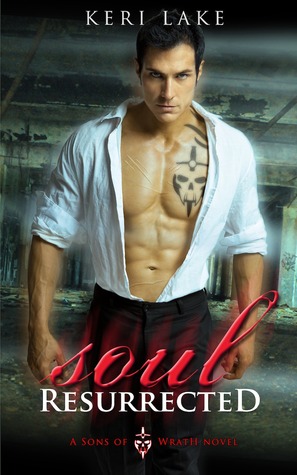 As Wrath’s fiercest son, Logan carries the scars of fifty years spent in the most dreaded prison of the underworld, for a sin he’d kill to keep secret. Enduring decades of gruesome torture has left Logan feared by and detached from others, until a female Alexi’s blood resurrects his soul from death and, with it, the pleasures he’s been denied for so long.

Plagued by shame of her own, Calla is drawn to the ruthless demon, Logan, whose insatiable craving for her touch rouses buried passions and, for once, leaves her feeling desired.

A dark and dangerous evil has been reawakened, however, and when Calla is drawn too close to its breeding grounds, Logan vows to summon the violence of Wrath in order to keep her safe. First, though, Calla must save him from a past riddled with deceit and corruption … but only if she can accept the chilling consequences of unearthing his vilest skeleton.

What’s the series about: The series follows as the name suggest son’s of Wrath, a prince of hell. All the sons are demons with extra abilities. The first book in the series is about their friend Ayden but the rest are about the ‘sons’. Keri Lake has created an intricate world, where the lycans are the bad guys, demons among various other creatures roam free and Alexi an army of soldiers who kill the lycans while the humans remain blissfully unaware. The world is a very hard place to live and it’s fight or die.

Trope: Surprisingly both the books are enemies to lovers which I can’t help but enjoy.

People who have read: Black dagger brotherhood by JR Ward and Demonica by Larrissa Ione would enjoy the series because the series has that loyalty, love for siblings, loads of twisted and tortured characters and happy endings. People who like paranormal books should certainly give this series I try since I don’t believe they will be disappointed by it. Happy Reading!

Which series would you recommend or loved that you read recently ?