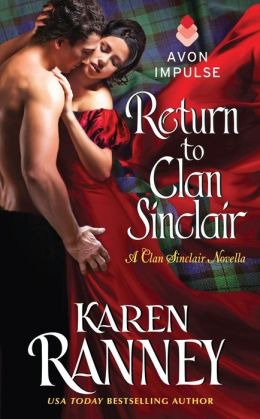 When Ceana Sinclair Mead married the youngest son of an Irish duke, she never dreamed that seven years later her beloved Peter would die. Her three brothers-in-law think she should be grateful to remain a proper widow. But after three years of this, she's ready to scream. She escapes to Scotland, only to discover she's so much more than just the Widow Mead.

In Scotland, Ceana crosses paths with Bruce Preston, an American tasked with a dangerous mission by her brother, Macrath. Bruce is too attractive for her peace of mind, but she still finds him fascinating. Their one night together is more wonderful than Ceana could have imagined, and she has never felt more alive.

But when the past reaches out in the form of an old foe, Ceana's life is in danger. Now Bruce must fight to become her savior—and more—if she'll let him.

Her driver slowed to a halt, no doubt getting an eyeful of Drumvagen and the Scottish coast. Ceana would wager a goodly sum that by the time the week was out, he would have posted a report of everything to her brothers-in-law. The same intransigent, annoying, and beloved brothers-in-law who were trying to render her as dead as her poor husband, Peter.

She’d been a widow for three years now, during which they’d been her guardians. She couldn’t escape them. Wherever she went, one of the three brothers was there.

“Do you need anything, Ceana?”

“Can I fetch anything from town for you?”

“Shall we order something from London?”

“You’re looking a little peaked, would you like to take the sun with me?”

They’d offered their arms, their interest, their help, and their eternal interference.

So she had done what any self-respecting Scot would do when faced with three Irish brothers-in-law: she’d run away from home.

She dismounted from the carriage, standing there staring in awe.

Granted, Iverclaire was a lovely place, an enchanted castle in Ireland, quite a forbidding yet beautiful structure. But Drumvagen, this had been created by her own brother.

They’d been so poor once upon a time, but Macrath had taken his dream and made it come true. Because of him, she’d had a season in London and had married the son of a duke.

Yet she always thought she had something to do with his happiness as well. Her friendship with Virginia had led them to be introduced at numerous events. When Virginia and Macrath were finally married after her first husband died, she wasn’t the least surprised.

Nor was she the least surprised when Alistair, Virginia’s first child, looked just like Macrath.

The seabirds called a greeting to her, swooping down on air currents blowing the scent of the sea to her.

For days, she’d been alone in the carriage, encased in a bubble of silence. Other than speaking to the driver first thing in the morning and when they stopped for a meal, she hadn’t talked to another person.

At first she’d missed her daughters terribly. Then she realized the time was her own, to think, to mull, to remember. When she went home, she’d be a better mother to Darina and Nessa.

She stood at the base of the steps, staring upward. Virginia had told her about Drumvagen, but even her description failed to convey just how impressive the house was.

Built of gray brick sparkling in the sunlight, it was four stories tall with rows of windows reflecting both the sun and the sea to her right. But most impressive of all was the twin staircase beginning at the broad front doors and curving down and around like arms reaching out to enfold her.

She took the right staircase and, with her left hand gripping her skirt, placed her right on the broad stone banister, slowly ascending the steps.

At the top, she stopped and turned and looked at the ocean. Far off in the distance was the North Sea. Drumvagen and its neighboring village, Kinloch, was the perfect place for Macrath to live. From here he could simply sail away to anyplace in the world he wished to be.

She glanced down at the carriage and her driver, standing at the head of the horses with his cap in his hand. Thomas was a good man, but he was a toady to all the Meads. He was going to tell them everything they wanted to know, which was a pity. The man had a good memory, and she’d no doubt already erred in some manner.

Her lips twitched at the brass knocker on one of the big broad doors. Macrath had evidently had the refrigeration machine’s likeness made especially for Drumvagen. She picked it up and let it drop, hearing the echo in the foyer.

A moment later the door was flung open. A body slammed into her, arms gripping her waist, pulling so tightly on her dress her train almost toppled in a flurry of fabric. She found herself falling, only righting herself by gripping the door frame.

Ceana stared down at her niece. The poor girl was trembling and she had splotchy color on her cheeks.

“Fiona?” She reached down, enfolding the girl in a hug. “What’s wrong?”

“It’s Brianag, I’ve done something terrible and she made the sign of evil over me just like a witch. I’m going to get sick and die, I know it.”

Who was this Brianag who was tormenting the poor child?

She looked up at the sound of the composed voice, blinking at her nephew. Alistair was only fourteen but already had the height of his father, not to mention his demeanor.

As she stood on the doorstep, he extended his hand to her.

“How nice to see you again Aunt Ceana,” he said. He glanced down at his sister dismissively. “You must pardon Fiona. She’s a silly little thing.”

“I am not silly. I’ll tell Brianag you broke her jar of spices.”

“That wouldn’t be well done of you, Fiona. You know as well as I do it was your carelessness that made the jar fall. Father always says we have to deal with the consequences of our actions.”

“Where are your parents?” Ceana asked. “Where are Macrath and Virginia?”

“They’ve gone to Edinburgh, they have,” a voice said. “Leaving me to deal with their spawn.”

She looked up past Alistair and—God help her!—took a step back toward the steep stairs.

Fiona was more correct than she had assumed.

Drumvagen did have a witch. 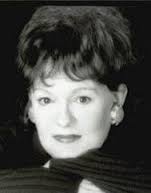 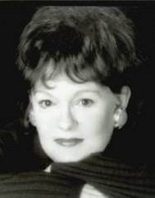 Excerpt: Scotsman of My Dreams by Karen Ranney and Giveaway

On Tour: In Your Wildest Scottish Dreams by Karen Ranney + Giveaway!