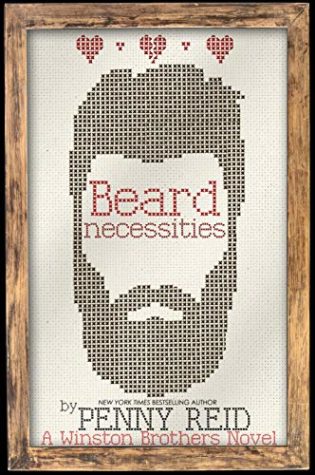 Billy Winston’s family is going to see him happy and in love if it’s the last thing they do.
No one deserves a happily-ever-after quite as much as the second oldest Winston brother and his lady love, Claire McClure (aka Scarlet St. Claire). Cruelty and circumstance tore them apart almost twenty years ago. Secrecy and bitterness kept them separated.
But you know who's tired of their separation and stubbornness? Everyone. Especially Billy Winston’s family. And now they're going to do something about it.
Well-meaning interference means the star-crossed lovers can’t stop tripping over each other in the hills of Tuscany, the catacombs of Rome, and the waterways of Venice. Billy and Claire find themselves thrown together and at the mercy of the Winston siblings’ shenanigans.
But will their forced proximity bring them together? Or push them even further apart?
This second-chance romance brings back the entire Winston gang, playing cupid in one last story of love, hi-jinks, and family collusion.
BEARD NECESSITIES is a full-length contemporary romantic comedy, and can be read as a stand-alone, but it’s probably best read after books 0.5, 2, 3, 5, and 6 of the Winston Brothers series.


Preface: Super sad to see this series (kinda end), I have reading this series for years now so I feel very nostalgic and up in my feels that the final brother got his book. Overall, we get so a lot of the Winston brothers, their relationships with each other and their significant others, they all got their happy ending which made me happy. But there’s always a but isn’t there…

BUT this book just didn’t really do for it, mainly because of Billy and Scarlet. I found it strangely lacking intensity of feelings, considering the fact they have loved each other for almost 2 decades, you’d think all that angst, hurtful feelings and then the happiness of finally being together just never translated into the book. Along with the whole more of telling what had happened after beard with me, in a couple of sentences rather than us actually experiencing those times with Billy and Scarlet. We kinda just got a synopsis of this is what you missed, which again contributed to the me feeling lack of feelings. It would have wholly different if we read about difficult it was for Scarlet and Billy during the time, how they couldn’t let go of each other and how much heartbreaking it was for Billy and Scarlet and experience that from their individual POV…but we didn’t. There were other things that were kinda brushed along in a sort of ‘and that happened’ like Ben marrying Claire when she was 15, his apparently not so consensual taking off her virginity at 18, Claire lying to Billy when she was married and Jethro finding out the truth about Ben, Billy and Scarlet. Scarlet finding out that Billy isn’t engaged married x2 over (the bit that was shown at the end of beard with me). The issue with Ben is still present here but at the same time its not dealt with at all which was just confusing to me, why was it mentioned if it wasn’t to be dealt with ? Then of course of how they came together, how she find out the truth and they worked it out was just very anti climatic…again we never get to see them be happy together before they have an argument or whatever.

It was just a lot of things being told, not showed. I also don’t know what happened to Billy’s being unwell after his bone marrow donation since its not bought up again after the first few days and what happened with Darnell and Billy’s father at the end. What is Billy doing now ? who knows ? He just gave up his work and now I have no idea what job he has or why he wanted to run for congress to begin with. I guess Billy and Jethro are cool now ? since we never really saw it happen but I’m guessing ?

Super confused of why a child was named Ben, considering what he did to Billy and Scarlet. I feel like I missed some additional notes or chapters….Also the whole jail thing at the end, it was made me to be seen pointless when ?? said they weren’t looking at him to begin with, I guess it was a way for Scarlet to show her love but it just didn’t do anything for me.

I wanted more romance, more Billy and Scarlet talking. More of them in love, just more in general.

The epilogue helped with me giving me like oh look they’re all happy but overall I was left very dissatisfied with the Billy and Scarlet relationship aspect which is what this book was supposed to be about, considering we waited years and it’s the end of the series, I wanted more from the ending.

Sigh. I’ll end it here before I make myself sadder that this didn’t work for me, but everyone else seems to really love it, so it might just be me.