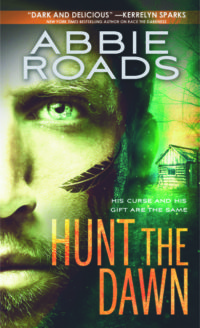 Out of darkness and danger...

You can’t hide your secrets from Lathan Montgomery—he can read your darkest memories. And while his special abilities are invaluable in the FBI’s hunt for a serial killer, he has no way to avoid the pain that brings him. Until he is drawn to courageous, down-on-her-luck Evanee Brown and finds himself able to offer her something he’s never offered another human being: himself.

Dawns a unique and powerful love

Nightmares are nothing new to Evanee Brown. But once she meets Lathan, they plummet into the realm of the macabre. Murder victims are reaching from beyond the grave to give Evanee evidence that could help Lathan bring a terrifying killer to justice. Together, they could forge an indomitable partnership to thwart violence, abuse, and death—if they survive the forces that seek to tear them apart.

Lathan laid Honey in his bed. Her body was dead weight and awkward, so he adjusted her arms, her legs, her head as if she were a life-sized ragdoll, until she looked comfortable.

He tore off his gloves, pressed his fingers to her neck, and concentrated on finding her pulse. The steady pressure of her heartbeat tapped against his fingertips in a Morse code rhythm all its own. He laid his other hand on her chest, just below her clavicles, to ensure the rise and fall of her breathing. He tried not to notice how close his hand was to her breasts. Failed.

The side of his hand rested next to the gentle slope of her breast. If he fanned out his pinkie finger—no. He pulled his hand away.

She must’ve just passed out.

He went into the bathroom, soaped up half the stack of clean washcloths and washed the lingering scent of decay from her hand.

Her skin was rough and red, her fingers knobby and strong, her nails ragged and short. She had the body and clothing of a stripper, but he expected something more faux sexy than torn up fingernails and blistered feet. What kind of job abused her hands and her feet? Nothing seemed to fit.

He had questions and not one answer. What was her name? Why didn’t he get SMs from her? Why was he able to touch her? Where the fuck did she get a human eyeball?

He stared at her face as if the answers were written in the delicate arch of her brows, or in the gentle curve of her lashes. Or in the small sickle shaped scar at the corner of her mouth that curved upwards giving her the curious appearance of smiling out of one side of her mouth, while the other side frowned.

“How are you feeling?” That question was more appropriate than interrogating her on how she came into possession of a human eyeball. He’d wait until she was fully conscious before tripping down that trail.

“Cold. So cold.” Goose bumps pimpled over her bare skin. She scooted toward where he sat on the edge of the bed, wrapping herself around his hips, seeking his body’s warmth.

She molded herself to him. His shoulder her pillow, her arm around his middle, one of her legs draped over his thighs, her knee just a few miniscule inches from his groin. Everything vanished, except the vivid sensation of her feminine curves burrowing into him, seeking his safety, his comfort, his warmth. She was cool where he was on fire. She was soft where he couldn’t bend. She was sweet where he felt bitter.

She fit into his arms, against his body, and into his soul, like she was designed especially for him. He wanted to believe he could have a happy ending with her, but his reality was a cruel hard place where good things just didn’t happen. Or if they did, they never lasted.

Abbie Roads is a mental health counselor known for her blunt, honest style of therapy. By night she writes dark, emotional novels always giving her characters the happy ending she wishes for all her clients. SAVING MERCY is the first book in her new Fatal Truth Series of dark, gritty, romantic suspense with a psychological twist.