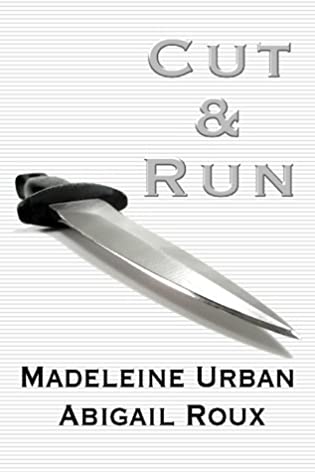 A series of murders in New York City has stymied the police and FBI alike, and they suspect the culprit is a single killer sending an indecipherable message. But when the two federal agents assigned to the investigation are taken out, the FBI takes a more personal interest in the case.
Special Agent Ty Grady is pulled out of undercover work after his case blows up in his face. He's cocky, abrasive, and indisputably the best at what he does. But when he's paired with Special Agent Zane Garrett, it's hate at first sight. Garrett is the perfect image of an agent: serious, sober, and focused, which makes their partnership a classic cliche: total opposites, good cop-bad cop, the odd couple. They both know immediately that their partnership will pose more of an obstacle than the lack of evidence left by the murderer.
Practically before their special assignment starts, the murderer strikes again this time at them. Now on the run, trying to track down a man who has focused on killing his pursuers, Grady and Garrett will have to figure out how to work together before they become two more notches in the murderer's knife.

I was just scrolling down my library ebooks to find something, honestly been a pitiful days of reading happening and over the years I had seen very good reviews/response of Cut and Run series ones so I thought why not give it a try.

Ty Grady and Zane Garrett are FBI agents, who are now partnered together to work on a serial killer case. Ty and Zane at first glance cannot be more different from each other, one looks like a hoodlum who needs a bath and the other an uptight put together, suited up man. Ty doesn’t want a new partner and Zane doesn’t want the asshole sitting next to him as a partner. Their first few interactions are filled with snark and Ty trying to annoy Zane as much as possible while Zane giving back the best he can. Their attraction to each other is a complication neither really wants, but can’t really seem to repress either.

I enjoyed it, even though I had issues some aspects of it. I did enjoy Ty and Zane’s dynamic. I do think if I had read it back when it was released, probably would have enjoyed it a lot more. Because in the decade it was released I have read a lot of romantic suspense and watched a lot of detective shows.

Why not a higher rating?

There was also some disconnect between the whole plot, the way Ty and Zane changed to each other from who they were at the start, in the middle of the book. Zane was more understandable because he states out right, this person he is now isn’t who he used to be and his struggles with his addictions etc. Ty’s was a bit questionable, because after the concussion he changes to a vastly different person. The whole, they are together a few days then apart for months and repeat was also not my favourite thing.

Adding to that, for who two people that are said to be very smart and great at their job, they don’t act like it. There are quite a few times, when they are just simply not paying attention to things, like someone’s talking or at a crime site and they were just off in their own world. I’ll let this one slide in this book because they both were too wrapped in their own issues and each other to really bother with whatever else was going on. Due to this, the aspect of who the serial killer was super obvious from the start and it was just frustrating that they couldn’t see it.

Also considering who the serial killer was following, did no one from a number of their colleagues in law enforcement/ME/profilers etc know about the books ? Or even just did rudimentary internet search. I’m hoping the suspense part of the series, is better in the rest of the series. It just bugged me more because Ty is supposed to be the profiler yet his behaviour isn’t very profiler like. Maybe the authors went a bit overboard because Ty is a marine, he’s also profiler but also works undercover, does other jobs off the books. Its a just a lot!

Anyways people really love the series and Ty and Zane so I’m gonna give the other books a chance to see for myself.