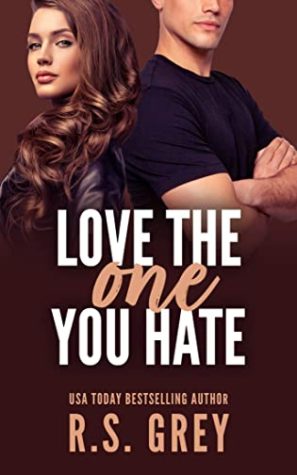 Nicholas Hunt is the man I hate.For good reason.
His opinion of me is tainted by prejudice even before my arrival at his grandmother’s estate, and my first impression of him is just as abysmal.
His arrogance and icy demeanor make it clear that he’s the type of man who’s best handled at a distance.
Fortunately, space shouldn’t be an issue inside this Gilded Age mansion and its lush gardens. If I stick with the servants and he keeps to his sailboat and vintage Porsche, we should hardly cross paths at all. Unfortunately, at Rosethorn, I find that all roads eventually lead to Nicholas Hunt.
Sparks fly as we spar at the dinner table. Fighting words are flung in the shadows of the palatial halls.
We hang suspended in our hatred of one another, painfully oblivious to the heat and tension that build with every moment we’re left alone. We’re liable to kill one another, I think…right up until my eyes land on his lips and a new feeling grips hold of me: lust.
What’s worse? He knows it.
They say you should keep your enemies close, but when Nicholas tightens his grip on my waist and draws me near, I’m not sure if it’s out of loathing or love.
One thing’s for sure—I intend to find out.

I was pretty excited for Love the One You Hate, I mean the blurb, just read it?!!

Maren Mitchell is an orphan, bouncing around in foster homes till she grew up. Her past with the law makes it difficult for to achieve her dreams so she’s currently working in a care facility for the elderly. All of that changes when a woman offers her a job to become her companion.

Nicholas Hunt is the grandson of that woman, he is a lawyer. A softie behind the arrogant exterior. He is suspicious of his grandma’s newest employee due to a recent scandal with the family.

I enjoyed this one but….this book is very much Maren’s story, Nick is just there sort of like a side character/love interest with his own POV I guess. I would even say its more women fiction alley than romance. I definitely think it should have been classed as chick lit or women’s fiction and not romance/romantic comedy as Amazon has it classed. Romance is of course a part of it, it just sort of ‘there’ apart from the conflict we see in the beginning where they meet, it sort of fizzles away.

The whole all the rich people are nice and lovely and so generous thing this book had going, made me a bit ?_? Not that I think every rich person is bad but it was honestly weird how everyone was nice, apart from Ariana (Maren’s best friend from her foster home) and she wasn’t even that bad. I guess I’m very cynical or what but I had a difficult time with that.

I found so baffling how this nice and rich lady Cornelia, just took her fiends nursing home carer. Her friend praises Maren and in her POV Maren is like I give her special attention for reasons etc and then Cornelia comes along to offer her a job and Maren and Cornelia don’t even visit her after, actually they don’t even once mention her ?  It just made it seem like Maren wasn’t very empathetic and that job was really just a job for her.

Nicholas finds out about Maren’s past but then soon after is all, she’s not taking advantage of his grandmother, just cause she said so and told her life history. It certainly wasn’t because of how she was with Nicholas because she wasn’t nice towards him at all. His hatred of Maren just went away. Felt very anti climatic.

Nicholas works pro bono and working to this guy who was wrongfully imprisoned to get him out, but we don’t see what happens with that ?

The lack of romance and connection between Nicholas and Maren. They move so quickly past the hate he had to just sleeping together and then they are in love I guess. They also have less interactions with each other which definitely contributed to me not feeling the romance. She had more of a solid relationship with tori, with another friend she made.

What was Maren’s actual plan of getting what she wants at the end, we don’t get to see that just the end result I guess where we are told of how things were between them in that plan in the epilogue but I wanted to see that.

Ariana, the friend that comes to visit and has been treating Maren awfully since forever, yet Maren wants to continue to be friend. I didn’t get the point of her meeting Maren because all she did was behave badly with her newer friends and said was Maren so was such a good girl/woman ?? And she’s one the who didn’t want to continue being friends. I guess it was supposed to this wake up call for Maren but it just left me confused.

Also I know this is fiction etc etc but some aspects felt pretty unrealistic especially with this being a contemporary.

The focus of the book was definitely Maren and Maren and Cornelia’s relationship, it was sweet, very friendly and grandmother type. Its’ the fairy tale-esque romance trope where the rich guy falls in love with the poor orphan and they live HEA . It definitely not a bad book by any means just that I guess I expect more of R.S. Grey and if the blurb and genre it had been classed was different, this rating would be higher because then I’d had known what to expect.

Takeaway message for anyone wanting to try Love the One You Hate is: This is Maren story, less of a romance novel and more on the heroine and her journey and friendship with her fairy godmother.