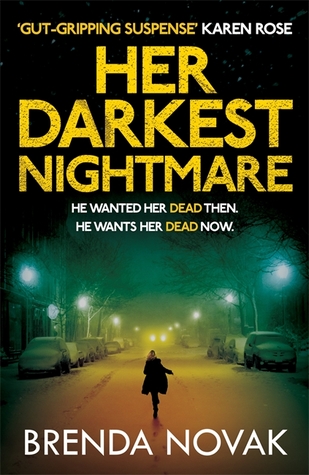 DR EVELYN TALBOT HAS LEARNT TO LIVE WITH FEAR.
As a teenager she was targeted by her killer boyfriend, Jasper Moore, and survived days of torture. She escaped with her life, but Jasper disappeared before he could be caught.
NOW SHE LIVES IN A WORLD OF PSYCHOPATHS
As the pioneering head of Hanover House, Alaska's first mental health facility for psychopaths, Evelyn engages daily with killers who have no conscience, no remorse and an ever-increasing desire to murder her, in an effort to try and work out how to stop those that remain free.
But then a mutilated body is found in her sleepy Alaskan town and Evelyn is forced to question everything. Her work, her life and whether her darkest nightmare has come back to haunt her...

An enjoyable light suspense/thriller read with a great protagonist Evelyn. The romance between her and Amaroke was done well and I really liked them together. Though the constant age difference talk in the later half got a bit on my nerves. I hadn’t read the prequel of the book (didn’t realise there was one when I started) but it didn’t effect my enjoyment of the book though I do it, it would have made this read a better one had I read the prequel. Looking forward to the next book in the series!

It was a shocking experience that jump-started Brenda Novak’s career as a bestselling author–she caught her day-care provider drugging her children with cough syrup to get them to sleep all day. That was when Brenda decided she needed to quit her job as a loan officer and help make a living from home.

“When I first got the idea to become a novelist, it took me five years to teach myself the craft and finish my first book,” Brenda says. But she sold that book, and the rest is history. Her novels have made the New York Times and USA Today bestseller lists and won many awards, including five Rita nominations, the Book Buyer’s Best, the Book Seller’s Best and the National Reader’s Choice Award.

Brenda and her husband, Ted, live in Sacramento and are proud parents of five children–three girls and two boys. When she’s not spending time with her family or writing, Brenda is usually raising funds for diabetes research (her youngest son has this disease). So far, Brenda has raised $2.5 million.

Review and Giveaway: Finding our Forever by Brenda Novak