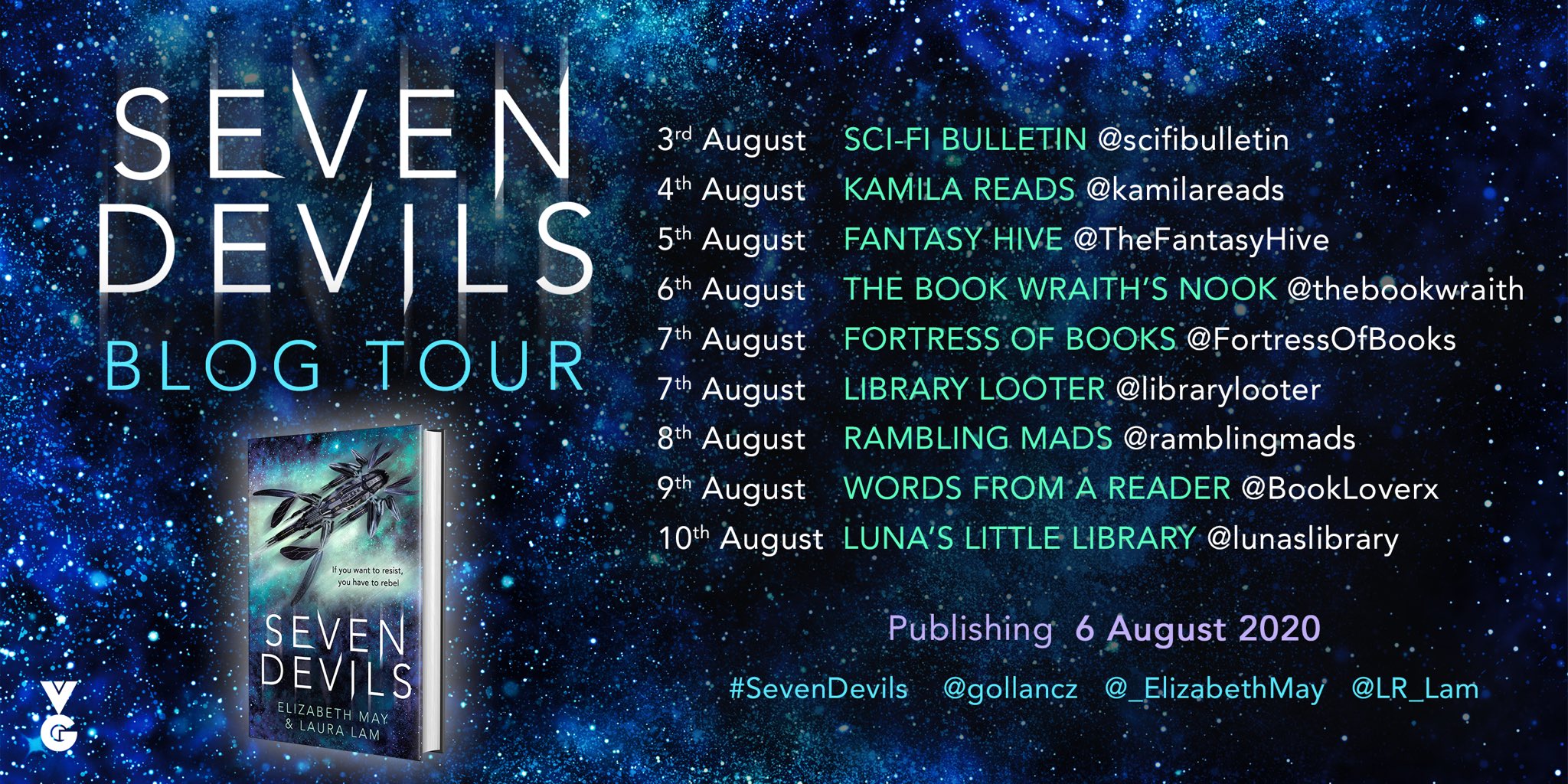 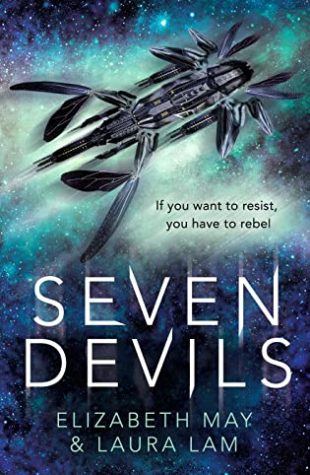 This first book in a feminist space opera duology follows seven resistance fighters who will free the galaxy from the ruthless Tholosian Empire -- or die trying.
When Eris faked her death, she thought she had left her old life as the heir to the galaxy's most ruthless empire behind. But her recruitment by the Novantaen Resistance, an organization opposed to the empire's voracious expansion, throws her right back into the fray.
Eris has been assigned a new mission: to infiltrate a spaceship ferrying deadly cargo and return the intelligence gathered to the Resistance. But her partner for the mission, mechanic and hotshot pilot Cloelia, bears an old grudge against Eris, making an already difficult infiltration even more complicated.
When they find the ship, they discover more than they bargained for: three fugitives with firsthand knowledge of the corrupt empire's inner workings.
Together, these women possess the knowledge and capabilities to bring the empire to its knees. But the clock is ticking: the new heir to the empire plans to disrupt a peace summit with the only remaining alien empire, ensuring the empire’s continued expansion. If they can find a way to stop him, they will save the galaxy. If they can't, millions may die.

What a thrilling ride Seven devils is!

I started this going just a few chapters before I go to sleep and before I knew I’d finished it and it was morning. Thank god it was the weekend.

Seven Devils introduces us to the Tholosians empire; with their genocidal tendencies, conquering planet after planet, a caste system which treats everyone not the ruling class like dirt (or I should say the ruler). Everything is under the control of one emperor. While they have several gods they worship, their patron god seems to be death.

The empire is vast, and spread over a planets, empires control the population through the oracle system. Which is basically brainwashing them, controlling their thoughts and emotions and above all loyalty to the empire and its emperor through chips. The only ones not controlled are the royalty, the novataen resistance members and those born naturally in the slums that are instead controlled by drugs.

Eris, one of our protagonist left her old life behind by faking her death, I mean its not a secret of who she is. She used to the heir to the empire, the only female in the empires history to reach that point. Her existence had been that of a solider, brutally trained and she has so much blood on her hands. She had to kill her brothers, because that’s how it is in her world and to survive. All but two of her brothers were the same. Xander, who wanted no part of the empires way of life, who taught her value of life/death and emotions. Damocles was the opposite side, cruel, violent and sadistic. Eris is now part of the resistance and a rebel against the empire.

Cloelia, is one of the humans born naturally, grew up in the slums with her mother and later joined the resistance. She considers the two leaders of the resistance, her family. Her life before resistance was affected like other living in the slums, poverty. She also hates the royalty, especially Damocles.

Eris and Clo are paired together for a mission to do some recon on an empire ship only to have ship commandeered by 3 escapees from the empire. From there we meet, an empire solider (Nyx), a courteasan (Rhea) and a genius child/young girl (Adrianne). Who band together and go on a mission for freedom from the empire and the oracle. Told in present and flashbacks we learn more about our protagonists. With action, adventure, battles, a budding romance & a threat of total destruction and loss that is looming overhead.

I loved Eris, her character is pretty complex. From her royal birth to her training and to joining her resistance. Her life has never been easy or simple. When its kill or be killed, Eris learned to be a pretty great at it. She has killed before and continues to do so no matter how guilty she may feel. I also loved Nyx, Adrianne and Rhea. They are very different people, with different backgrounds and struggles but with a common hatred and fear of the oracle.

Narrative wise you know as soon as you get Eris flashback POV that what’s gonna happen but its a journey I enjoyed and obviously because this the first in a duology you know its not gonna end in a HEA in this one.

I wonder whatever happened to master Heraia ?

I NEED the next book!!! And I want Eris to kill her crazy ass brother and for the seven devils team to save everyone from the empire and the malevolent king.

Quibbles: View Spoiler »Clo is a bit of a hothead. I felt the animosity from Cloelia to Eris went on for too long. By the time it gets better, I had spent the book not really liking that part of her character. A small thing in the grand scheme of the book. The other thing I can’t mention because it would be a spoiler but I just felt this would be something that they would/might have trained Eris against.  « Hide Spoiler

I really enjoyed this one. It has really strong characters, not just because two of them are soldiers and they are rebels but because they are all trying to do more, be better than what they were brought in or what they were programmed to do. And part of that being strong is having emotional response to things that are bad, some like Eris and Nyx might have to suppress that to achieve their goal but the core of is emotions driving them. The plot is very engrossing, the world building is great too as we follow them trying to do their best in saving humanity. The way its written is quite vivid and I can really see Seven Devils being adapted to movies/tv shows. This is my first read by Elizabeth May and Laura Lam but I will definitely be checking out their other books.

Overall, loved it and can’t wait for more!

Elizabeth May is the author of the YA fantasy trilogy The Falconer (The Falconer, The Vanishing Throne, The Fallen Kingdom), and short fiction published in the anthology Toil & Trouble. She was born and raised in California before moving to Scotland, where she earned her PhD at the University of St Andrews. She currently resides in Edinburgh, Scotland, with her husband and two cats.

Elizabeth May writes romance under the pen name Katrina Kendrick