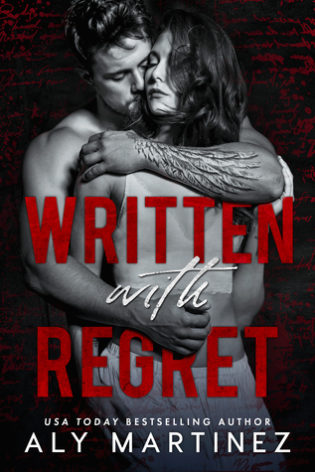 Every little girl dreams of the fairytale. The one where the white knight rushes in to save her from the clutches of evil. They fall in love, have babies, and live happily ever after.
By that definition, my life should have been a fairytale too.
When I was eight years old, Caven Hunt saved me from the worst kind of evil to walk the Earth. It didn’t matter that I was a kid. I fell in love with him all the same.
But that was where my fairytale ended.
Years later, a one-night stand during the darkest time imaginable gave us a little girl. It was nothing compared to the pitch black that consumed me when I was forced to leave her with Caven for good.
At the end of every fairytale, the happily-ever-after is the one thing that remains consistent. It wasn’t going to be mine, but there hadn’t been a night that passed where I hadn’t prayed that it would be hers.
I owed Caven my life. However, I owed that innocent child more. And that included ripping the heart from my chest and facing her father again.


I had only read the blurb and Astrids review of book of the duet and decided to give it a go. I’m decidedly pro standolnes and not duets and trilogies because a) the dreaded cliffangers b). not a fan of waiting to complete a couples story and when’s it contemporary I’m even more reluctant to try. But I was the mood and it seemed so intriguing and bonus both the books were were out.

I would really suggest reading the book without finding out the spoilers, just go in blind. It’s better that way and you’ll fall in love with Caven and Hadley.

Caven Hunt is a millionaire whose entire world changed the night when he found his daughter at his doorstep as a result of a one night stand. Caven’s childhood was filled with terror and later marked with tragedy and pain. After everything he’d went through, the only person he really is close to is his best friend Ian. Not even with only living relative, his brother. Finding out he has a daughter, is a huge shock to him but she changes his life and changes it for the better. She really is the best thing in his life. After getting over his shock, Caven falls in love with the tiny and helpless baby who brings the happiness in his bleak and chaos filled life. And chaos comes again when his daughters’ mother returns on her 4th birthday.

Hadley Banks life changed from the day at the mall when she was 8. She lost her loving parents then and now at 26, she has lost all her family. All that remains is Roselee. Hadley’s also been through a lot, but she’s finally here and all she really wants it is to be a part of Roselee’s life. Hadley is really trying. She’s not demanding, just wants to be a part of Roselee’s life and is willing to do everything she can. She’s very lonely and even now suffers from PTSD.

Usually in books, it’s mostly the father bailing out but here Roselee’s mother did which is unique on its own but then you have the fact that Hadley and Caven have a connection that goes beyond that.

Hadley and Caven, I loved them. Caven was an amazing father to his daughter. Caven and Roselee had a beautiful bond and there was nothing he wouldn’t do for that little girl. Caven however is also filled with guilt for events he’s not responsible for. He’s just feels so sorry, which added a vulnerability to his character which along with the love he has for his daughter ,makes you love him. He is decidedly angry that Hadley has come back and so we get that delicious hate/love with Caven and Hadley. It’s sort of inventible that at some point they’d give into the sizzling chemistry they have. I think they were a great couple, I loved their love and their love for Roselee.

“…There’s a reason time only marches in one direction. You can choose any second to start over again.”~Hadley Banks.

Of course this ends in a cliffhanger, which I didn’t see at all coming. In hindsight, it’s like ahhh that makes so much sense now but since you don’t expect it, it hits you in the gut.

This is my first read by the author and there’s something very addictive about her writing, added with the great characters, couple and a cute kid along withe plot, it made for overall fantastic read.

When I was fifteen, a single bullet changed my life. I spent the next decade trying to outrun the devastation of my past, building an empire that would shield me from whatever life could throw at me.
But all the money in the world couldn’t help me when I found a screaming newborn abandoned on my doorstep.
I’d never wanted to be a father. Passing the sludge that ran through my veins down to an innocent child seemed like a tragedy. But there she was—pink cheeks, red hair, and mine.
Somehow, against all logic, that little girl became the best thing that ever happened to me. It was impossible to stay lost in the past when I was the only one who could protect her future.
Which is exactly why, when her mother came back four years later, I was ready for battle.
If only I could stop myself from falling in love with her during the war.

After the cliff-hanger from book 1, I was dying to know what happened. There are so many ups and down in this book. Things that shock you, things that make you laugh, love and want to wish someone hell.

I loooovvveed the main couple. Caven, even in his hatred and asshole-ish behaviour was still lovable. You understand why he’s like that. The same is true with the heroine, no matter what she did, you still love her. Her decisions to me, for most part made sense with the way her character is written and she’s also lovable. The way she loves Caven and Roselee is also touching. I loved them together, they had to work through stuff but they came out stronger. Their HEA left me with immense satisfaction.

While the story has quite a few twists and turns and emotional upheaval, we also get lighthearted moments and sweet moments between the couple, and the couple with Roselee. And I really enjoyed the writing, the plot and the characters.

“I love you. In this second and all the ones to come.” ~Caven Hunt

I read the duet is one sitting, in one day. Honestly don’t even think I did anything but read except when I had to pee. It was my first duet by the author and I’ll be checking out other duets by her now (thank god for kindle unlimited) The duet was just very easy to get lost into and the couple was captivating that couldn’t help but root for them. I didn’t want to say goodbye to the couple and I adored the epilogue. I’m also smacking myself in the head for not giving this author a try years ago.