Widower Benjamin Romilly, Earl of Furness, has given up hope of finding happiness. His wife died in childbirth five years ago, leaving him with a broken heart and a child who only reminds him of his loss.

Miss Jean Saunders is a cousin by marriage. She doted on Benjamin’s late Countess, and can’t bear it when she hears rumors that the Earl is too bereaved to care for his young son. She arrives on the scene to evaluate his fitness as a father, and if necessary, to take his son away.

Jean’s sudden eruption into the Earl’s household simultaneously infuriates and invigorates him. She may be the only person who can breathe life into his neglected home—and his aching heart…

Jean searched the parlors on either side of front hall, calling softly and beginning to feel foolish. This was obviously a futile quest. She had given up and turned back when she noticed a line of light under the library door. She went in, finding the chamber still warm, the coals of a fire still glowing. “Tab?” she said.

“I beg your pardon?”

Jean started so violently that a drop of hot wax splattered from the candle to the back of her hand. The pain made her breath catch.

Lord Furness rose from the chair by the hearth. “What are you doing here?” she asked. “With no lights?” In her fright, she sounded accusing.

“I was looking for my kitten.”

“Got out, did he?” Still half in his broken reverie, Benjamin eyed his guest. The lines of her body were beautifully revealed by her thin wool dressing gown and gossamer nightdress. Her hair had been braided down her back, but soft tendrils had escaped all around her face. He imagined what that hair would look like loose—what a wild riot of curls.

“I don’t see how,” she said, her tone oddly defensive. “But he’s not in my room.” The candle wavered in her hand. “Oh, what if he’s in the kitchen when your cook gets up.”

“The cook will cope.” Miss Saunders’s unexpected appearance was like a dream, yet so different from the ones that usually disturbed his nights.

“Why must everything I do go wrong? I had this one small creature to care for—”

“And tomorrow we will find him,” Benjamin interrupted. “There’s no sense looking in the dark. Too easy for him to hide. We’ll turn out the staff in the morning. By then, he’ll be hungry and come looking for food.”

“Yes.” Miss Saunders startled suddenly, setting the light of her candle dancing over the walls. “The portrait seemed to move.”

Benjamin looked up at Alice’s likeness above the mantel. “Yes, when it’s dim like this, she does. Seem to.”

“You loved her very much,” said Miss Saunders softly.

“We met at a ball in London, fell in love, married, and were parted by death all in a year. Such a short time to encompass so much.”

“A life sliced in half,” she replied. Her tone was contemplative and…bitter?

“Yes.” Benjamin sank back into his chair. “You understand that?”

“Oh yes.” Absently, she sat down opposite, putting her candle on the low table by the fireplace.

She shook her head, setting the errant curls bobbing. “Say rather…a person who defined my existence.”

It was a striking phrase. He waited a moment. When she didn’t go on, he asked, “Who?”

The single word dropped between them like a rock tossed into a well. The echoes were odd, Benjamin thought. Not sadness, not regret. “You miss her a great deal.”

Miss Saunders laughed without humor. “How I wish I did. She haunts my dreams.”

Benjamin felt as if some mighty hand had reached deep inside him and struck a chord. His whole being resounded with it. He leaned forward and took her hand. It was trembling.

As his strong fingers closed over hers, Jean couldn’t look away. Under his dressing gown, his nightshirt was open at the neck. The strong column of his throat rose above a muscular chest. She’d never been more intensely aware of another person, much less a man.

“The past keeps its claws in us,” he said.

The phrase was so exactly right. “It feels like talons,” she said. “Sunk right in. No matter how you fight, they won’t come loose.”

“A mouse carried off by a hawk,” he said.

Lips parted in amazement at his understanding, Jean nodded. Lord Furness leaned nearer. She’d moved toward him as well, she realized, irresistibly. For a moment, a kiss seemed inevitable. They grew closer, closer. She could feel a hint of his breath on her skin.

Then, all at once, he seemed to become aware of their proximity, their laced hands. He let go, drew back. In a welter of emotion, Jean did the same. Color flickered in the corner of her eye; the image of her cousin Alice looked down on them from above the mantel.

Lord Furness cleared his throat. “So, you see.” He took a breath. “Previous…events make it more difficult with Geoffrey. For me. Despite what I might wish.”

Jean gazed at him.

“The resemblance.” He indicated the portrait with a gesture. “It…flashes out at me. There and then gone. He looks just like his mother, and then he doesn’t. If it was one or the other, I’m sure I’d grow accustomed. But I find it hard to take the…sudden blow.”

She nodded. Her dreams were like that. Some memories as well.

“I’d thought you seemed to be doing well. With the pony and all. Perhaps I wasn’t needed.”

He sat straighter. “We agreed to work together, for Geoffrey’s sake.”

“But I’m not sure what I can do.” She wanted to help him, Jean realized. She wanted a number of things she hadn’t recognized until tonight.

Lord Furness turned away. “I ran today,” he said in a harsh tone. “I had to get away from him. My own son. I hid in this room as I’ve been doing for far too long. I wanted never to come out.”

“And I was a bear at dinner. Surly and curt.” He turned back to her. “Do you see that hiding is easier?”

Jean couldn’t look away from those blue-gray eyes. They were mirrors and temptations and beckoning abysses. “Yes,” she whispered.

He blinked. Jean felt as if she’d tripped on a missed step. She felt Alice staring down at her. In a confusion of emotion, she stood. “I…I should go up.”

He didn’t argue. Was he finding it just as difficult to speak? Shaken, Jean took her candle and went.

When she entered her room—minutes, eons, later—Tab was sitting on her bed. He gazed at her in seeming reproach and mewed. “Where were you?” cried Jean. “I looked everywhere.”

“Mew,” said Tab. He kneaded the damask coverlet, pulling a thread of the pattern loose.

“Don’t. Oh, I’ll have to ask for a plain bedcover.” She put the candlestick on the bedside table and ran a hand over the kitten’s silky fur. He flopped over and offered his pale belly, tiny paws waving in the air. Jean laughed and petted him. 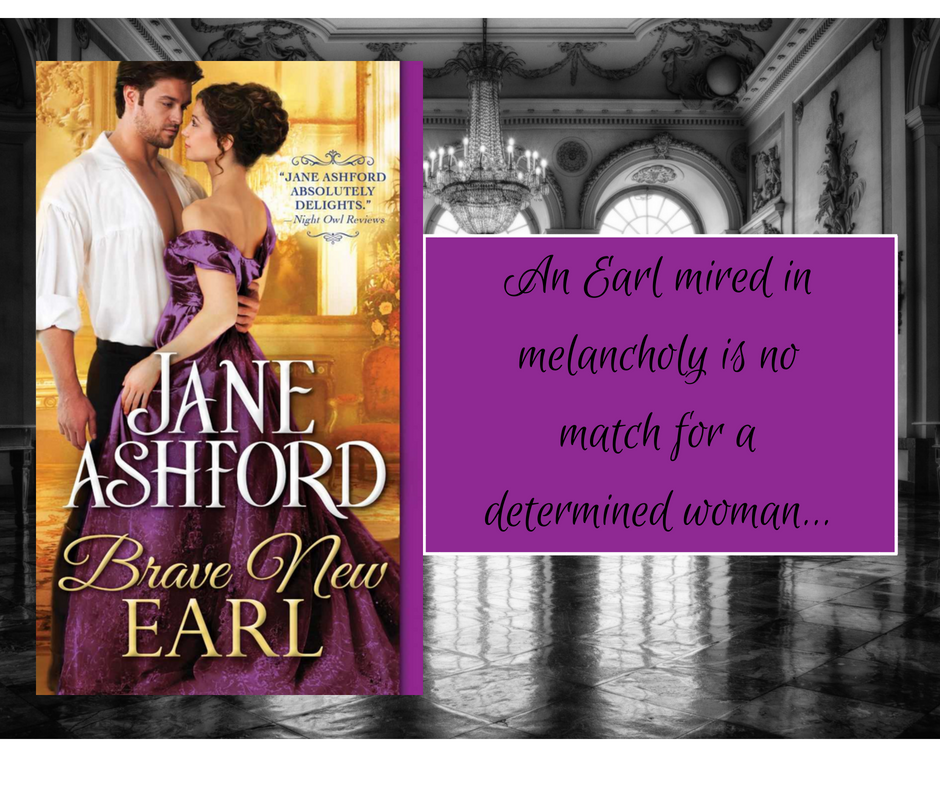