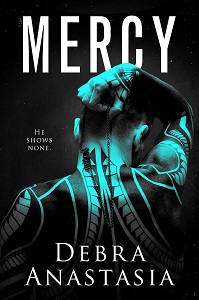 He taught me to kill. Murder is in my blood now. It runs through my veins and though I hide the monster I see in the mirror with ink, it doesn’t keep him from coming out.

My street name is Mercy, but I never show any. Except for her. I watch Becca, though she doesn’t know. She saved me a long time ago; the day my father killed my mother. Her bravery turned her into a target.

My father holds a grudge and knife with the same proficiency, and Becca is the focus of his hatred. And I’m the only monster who can save her.

Undecided. That is how I really feel about Mercy. It gave me conflicted feelings from beginning to end. Mercy by Debra Anastasia is about Fenix and Rebecca. These two have their first encounter when they are both very young and their story starts there. This story is about forgiveness, redemption and the full on, all hands-on deck love we all want.

“Her bravery was what slayed me. Then and now. She was still my hero.”

I really liked the idea of the story. It is something that has not been visited in this style. I really loved the characters that Ms. Anastasia created in this world. Full on loved their personalities in this book!

Fenix is so easy to love. He has had a hard life from the beginning of his life. As a child, he lived in a horrible home and we see some scenes that show us just how bad it was. Really, we see him rise from the ashes. I really loved Mercy. He was soo strong, sexy but fragile in his belonging. His character is so complex, but in the best way. He was a great character to read. You could really identify from the beginning how he only saw himself as a monster, yet that was not even close to the true person Mercy is. I would love to see him in the next installment.

“It was like having metal armour surround me. His affection felt like a safety net under the tallest tightrope.”

I liked Becca the heroine. She has a mouth on her and tries to be strong but for some reason I didn’t really like her character other than how she was around Fenix. That was the only thing that made her character special I felt.

“She was my alter. Her face was home and hope.”

The minor characters, Animal, Henry and Dick are so well rounded for such small parts of the book. I really loved their encounters with our main characters. Though sometimes their dialogue was hard to follow, reading about them really brought life to story. I can’t wait to hear more about Animal That beast sounds likes he’ll be a good read.

I just felt… meh about the storyline in some places. The events of the story are fast paced and when I was reading, I felt as if everything wasn’t slow enough. I just felt a little off with this one. The story of Fenix finding Becca is something that has been brewing for many years. However, once they encounter each other it is almost as if they are together seconds later. That’s a slight exaggeration but the point is clear.

I feel it was a little fast paced in terms of emotion from Fenix, our hero, and some quick feels from Becca. I felt the dialogue was a but jumpy and didn’t flow as much as I would have liked which would have helped to further spice the storyline up.

I feel like people should still give it a go. It just wasn’t for me. 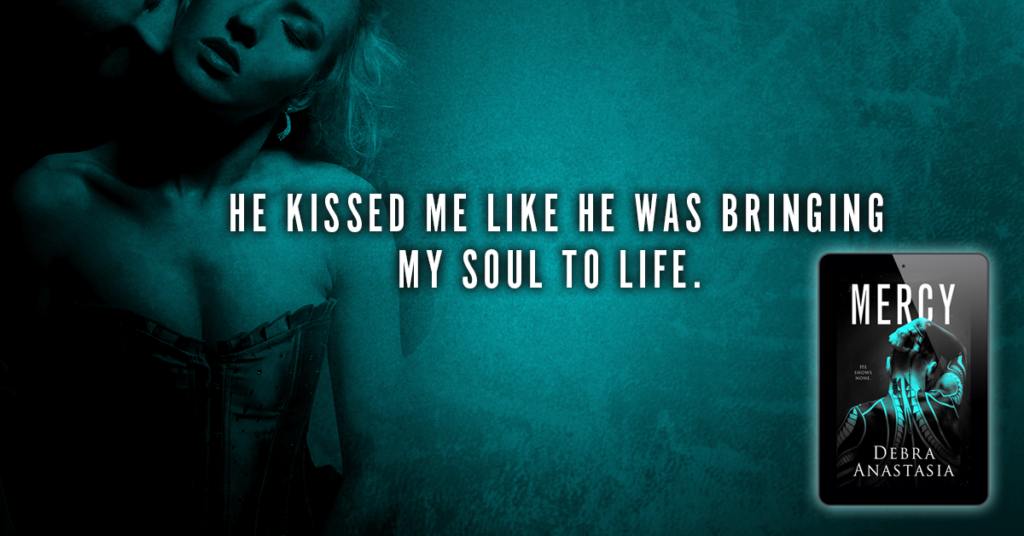 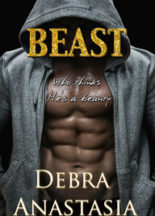 Debra Anastasia likes to write from her heart, her soul or her butt. The genres she dabbles in are

examples of that. There are two paranormal romances in the Seraphim Series and now four
contemporary romances in the Poughkeepsie Brotherhood Series and a stand alone in the same genre,
Mercy. Fire Down Below and Fire in the Hole, Booty Camp Dating Service and Beast complete her
comedy repertoire. The Revenger, a dark paranormal romance, is finally in the light, and the last, a
novella called Late Night with Andres, is special because 100% of the proceeds go to breast cancer
research.
Debra lives in Maryland with her two kids, husband of twenty years and two dogs. The king of the house
is clearly the tuxedo cat that is the size of a small donkey.