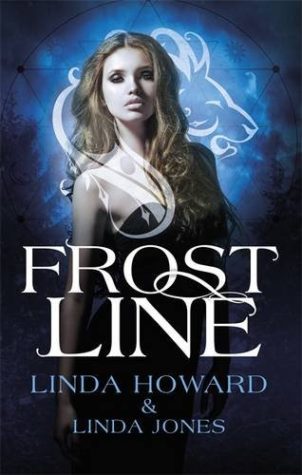 Lenna is Strength, a manifestation of the Tarot card, and powerful beyond reckoning. But when she’s pulled into the human realm and tasked with protecting a young boy, everything is thrown into chaos. Lenna’s not supposed to be here, interacting with mortals. She’s definitely not supposed to be drawn to the sexy mercenary sent to retrieve her by any means necessary . . .
As a Hunter for magical beings, Caine’s duty is simple: return this compelling, impossibly attractive woman and secure the long lost Tarot deck that made travel between worlds possible. Instead he’s drawn into Lenna’s dangerous rescue mission and blindsided by his growing feelings. But there is more than one enemy to contend with. And as the clock runs out, failure means not just the loss of an innocent life and the woman Caine has come to love, but the destruction of Lenna’s entire world.

Lenna is the physical representation of the tarot card, strength. She’s living a peaceful life, studying warfare in her library in Aeonia when she suddenly finds herself transported to a different world. Lenna can’t be out of Aeonia, separate from the rest of the tarot cards. It’s forbidden and if she doesn’t return to her own world in 7 days time Aeonia will be destroyed. Now summoned in this strange land by a young boy ‘Elijah’ in hiding who has no idea what he’s done or how to send her back, she’s stuck.

Caine is a hunter (a species on its own) of magical beings. They are kind of like mercenaries, hired to find, track and fix problems caused by magical beings. Caine is a infamous hunter, rumoured to be one of the most powerful hunter ever. His current mission is to bring back Strength which is not made easy by internal forces in Aeonia who are bound to cause chaos and Lenna herself who refuses to leave the child in danger.

I liked Lenna, she was strong and as the physical representation of strength she had will and determination in spades but just because she was strong didn’t mean that she wasn’t caring or vulnerable. Lenna really felt for Elijah who had witnessed his mothers death and wanted to help him. Now they are hiding from human forces, chaos’s hunters and trying to find the murderer to make sure Elijah will not be harmed but will they make it back in time to stop the destruction of Aeonia?

Caine and Lenna feel an intense attraction towards each other which neither have felt before. Caine is never met a woman who talked back at jim like Lenna does, Lenna is very intriguing to him not just how beautiful she is but her personality as well. Lenna is also very much fascinated by the hunter. Their forced by the situation partnership turns into more when they start getting to know each other and can’t help but fall for each other a bit more every single time. Alas, a hunter and a tarot can’t be together in a longer term relationship or can they?

I really loved the whole tarot cards and the history behind them. It reminded me of old school paranormal/fantasy. I think Linda Howard and Linda Jones did a great job with the world building. The book was generally well written, the plot intriguing and I loved the characters.

Quibbles: I just wish we had just more romance between the protagonists, trying to save the child and then trying get back to their world didn’t leave much time for romantic moments. What about Derek, the assassin for hire that bit left incomplete to me.

Overall I really enjoyed it and I’m not sure we would get other cards story but I love to read them if we do!

Linda Howard is the award-winning author of many New York Times bestsellers, including Up Close and Dangerous, Drop Dead Gorgeous, Cover of Night, Killing Time, To Die For, Kiss Me While I Sleep, Cry No More, and Dying to Please. She lives in Alabama with her husband and two golden retrievers.

INDA JONES is the acclaimed USA Today bestselling author of more than seventy novels, including Untouchable, 22 Nights, and Bride by Command. She lives in Huntsville, Alabama.