So I’m currently on a romantic suspense binge and since the new UBB has a feature of having multiple books per post what better way to use it then when I’m bingeing. I have to say this, I really loved the female leads in these books, I mean the guys/love interest were great but the female leads especially in The Witness and Chasing fire were something else. They were quite different from each other but they were so great, no whining, TSTL moment or acting like a bitch. The writing was also great and vivid. 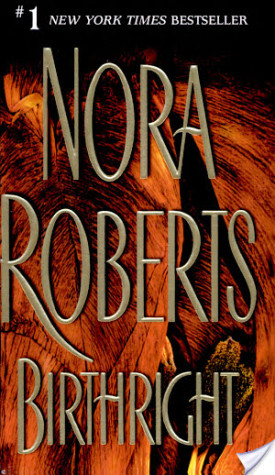 On a hot July afternoon, a worker at an Antietam Creek construction site drives the blade of his backhoe into a layer of soil — and strikes a 5,000-year-old human skull. The discovery draws plenty of attention and a lot of controversy. It also changes the life of one woman in ways she never expected...

As an archaeologist, Callie Dunbrook knows a lot about the past. But her own past is about to be called into question. Recruited for her expertise on the Antietam Creek dig, she encounters danger — as a cloud of death and misfortune hangs over the project, and rumors fly that the site is cursed. She finds a passion that feels equally dangerous, as she joins forces in her work with her irritating, but irresistible, ex-husband, Jake. And when a strange woman approaches her, claiming to know a secret about Callie’s privileged Boston childhood, some startling and unsettling questions are raised about her very identity.

Searching for answers, trying to rebuild, Callie finds that there are deceptions and sorrows that refuse to stay buried. And as she struggles to put the pieces back together, she discovers that the healing process comes with consequences — and that there are people who will do anything to make sure the truth is never revealed.

Birthright was my first romantic suspense book by Nora Roberts, the only others books I’ve read by her were the books in the Quartet Series

which I really enjoyed but that was years ago. My friend really enjoys Nora Roberts books so she lend me her copy and now I have a great new romantic suspense author to read more from.

There wasn’t a lot of romance (even though we also had a secondary romance) in the romantic suspense but I’m okay with that in these kinds of books especially because the main couple were once married to each other. Here though, one thing was different, the way the book is written in kind of family show or small town tv movie or at least that’s the feeling I got because of the way it included characters and their lives which were all interconnected. There were two mysteries that were going on the book which were again connected but in a way I hadn’t expected which is good because a person likes to be surprised in a romantic suspense book. I also really liked Callie and Jake’s relationship, their attraction, friendship and love even though they were divorced. I thought they were sweet, both in love with each other and completely oblivious to how united they were in everyone else’s eyes. I loved the ending, it was adorable.

The only thing I didn’t like was the reason they got divorced, but overall it was a pretty good book that I could see myself rereading easily. 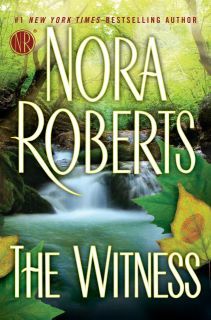 Daughter of a cold, controlling mother and an anonymous donor, studious, obedient Elizabeth Fitch finally let loose one night, drinking too much at a nightclub and allowing a strange man’s seductive Russian accent to lure her to a house on Lake Shore Drive.

Twelve years later, the woman now known as Abigail Lowery lives alone on the outskirts of a small town in the Ozarks. A freelance security systems designer, her own protection is supplemented by a fierce dog and an assortment of firearms. She keeps to herself, saying little, revealing nothing. Unfortunately, that seems to be the quickest way to get attention in a tiny southern town.

The mystery of Abigail Lowery and her sharp mind, secretive nature and unromantic viewpoint intrigues local police chief Brooks Gleason, on both a personal and professional level. And while he suspects that Abigail needs protection from something, Gleason is accustomed to two-bit troublemakers, not the powerful and dangerous men who are about to have him in their sights.And Abigail Lowery, who has built a life based on security and self-control, is at risk of losing both.

The Witness has a kind of train wreck start, you know the ones you can’t look away from even though you know it’s going to be terrible. I really don’t understand why anytime a good, rule following girl decides to be a bit rebellious, it always (in fiction) ends up badly and here it was worse that bad. It was truly a terrible event which for a girl, Elizabeth who had grown up alone without the love of her mother made her even more isolated from the world. If it isn’t obvious I’ll let you know that Elizabeth and Abigail are one and the same, after the events of her one night of rebellion and witnessing the horrible deaths including one of her friends, she ends up in witness protection programme. However, the Russian mob isn’t one to forget and their moles end up blowing the safe house leading Elizabeth to be on the run on the day of her 17th birthday.

Now years later as Abigail, a computer hacker and security expert, Elizabeth is still hiding in a small town. Which is where she meets Chief Gleason. Brooks is intrigued by the shy and lonely woman, that is till he sees the gun and then he’s more than intrigued. I loved their relationship, the book shows development of their relationship from the first time they met where they are both guarded and uneasy in Abigail’s case and it was lovely to see Abigail trusting someone who was trustworthy and who was always going to be there for her.

This has to be my current favourite romantic suspense in the books I read from Nora Roberts in the last week even though there wasn’t much suspense in this one. I just loved the how intelligent and a woman who could take care of herself Abigail was. It’s not everyday I come across a book where the heroine stands out so much more than then plot or the guy but I couldn’t help but love the socially awkward, at the same time polite and competent woman. She came up with the plan which caused the downfall of all those involved in the murders and executed it flawlessly. I was truly happy for her that she got her happy ending and with the guy and family who loved her for her. 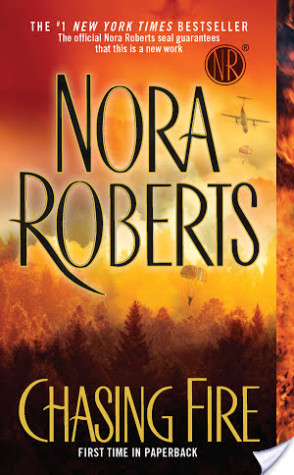 The #1 New York Times bestselling author delves into the world of elite firefighters who thrive on danger and adrenaline—men and women who wouldn’t know how to live life if it wasn’t on the edge.

Little else in life is as dangerous as fire jumping. But there’s also little else as thrilling—at least to Rowan Tripp. Being a Missoula smoke jumper is in Rowan’s blood: her father is a legend in the field. At this point, returning to the wilds of Montana for the season feels like coming home—even with reminders of the partner she lost last season still lingering in the air.

One of the best of this year’s rookie crop, Gulliver Curry is a walking contradiction, a hotshot firefighter with a big vocabulary and a winter job at a kids’ arcade. And though Rowan, as a rule, doesn’t hook up with other smoke jumpers, Gull is convinced he can change her mind…

But everything is thrown off balance, when a dark presence lashes out against Rowan, looking to blame someone for last year’s tragedy. Rowan knows she can’t complicate things with Gull—any distractions in the air or on the ground could be lethal. But if she doesn’t find someone she can lean on when the heat gets intense, her life may go down in flames.

This one also had a very strong female lead, Rowan Tripp and I really loved her as well.

Rowan Tripp is one of the smoke jumpers (they are basically firefighters in the wild), just like her father Lucas Tripp used to be. The story focuses on both Rowan and Lucas and tells us about their life and how they fall in love with two special people both of whom neither could have imagined. The book has quite a bit about smoke jumpers whom I admit apart from knowing their job description, I didn’t know much about so it was interesting to see how much work, effort goes into putting out those fires and how dangerous it is.

The story takes place after an year has passed since the death of Rowan’s jumping partner and Ro is still having nightmares from the event. Now, someones messing with the team, killing people and there are too many variables and suspects.

I enjoyed how Gull sneaked up on Ro and tied up in knots and at the same time I loved how open and upfront they were and were they stood in the relationship and what they both wanted in future or in bed. Their relationship like others I’ve read by Nora Roberts was unique. Gull is a thinker, prone to analysing and a blunt, no bull shit kind of guy, I really liked him and how he would with his logic make Ro clam and make her laugh even when she was angry or tired and exhausted.

I also enjoyed Lucas and his relationship with the principal Ella, I thought it was sweet.