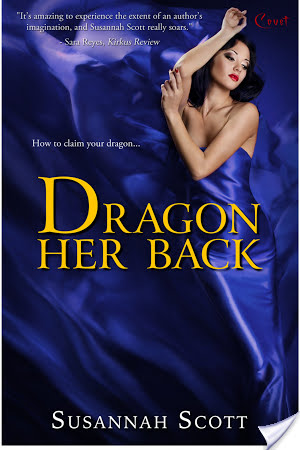 As the head of security of Vegas's Crown Jewel casino―and its hidden dragonshifter sanctuary―ice dragon Darius Dachien commands respect. Unfortunately, that respect isn't always reciprocated. In fact, when it comes to the stunning Mei Chen, hostility might be a better word. Which makes things even harder for Darius, since Mei is his dragon mate. Without her, his dragon form is fading fast...and once lost, will be gone forever. Mei can't deny the fierce chemistry that simmers between them. If Darius were ever to discover who―or rather, what―she really is, she wouldn't just lose him, but her place with the dragonshifters. The moment Mei's past comes crashing into her present, she realizes her time for secrets has ended. Now she must reveal her true self...and risk both her life and her heart with the one man who could destroy her.

ARC generously provided by Entangled publishing for an honest review.

This is going to be short because while I wanted to like this book I just couldn’t:

Darius Dachien has been making plans and strategies for almost six years now so that he and his mate could be together, unfortunately Mei Chen refuses to be even in the same room if Darius is there let alone mate with him.

Quibbles: I have many: I mention this in a lot of reviews; I need to feel the love, a connection, something between the couple for me to believe that they are in love. The book starts off with Darius making another strategy to get his mate to be with him. There scenes didn’t show any of that connection that would make believe that they were in love or falling in love. Darius and Mei get together really quickly considering that Darius didn’t like the fact that mate was a View Spoiler »water dragon and his reaction to finding that she was anything but ok. « Hide Spoiler

There was no prologue or flashback that told us what happened that night they met, slept together and Mei got the mating mark.

The only person I slightly felt for was Mei, what she went through, Darius, his friends and her friends behavior towards her at times especially when they found out that she is View Spoiler » a water dragon. « Hide Spoiler

Darius’s friend Lana, seriously what was her problem. She treated Mei so badly when she could see that needed help and she knew that Darius and Lana were together.

The king who could have easily made the decision he made at the end, earlier in the book. I didn’t understand why he waited especially since Darius was his friend. I did not like the King considering the fact that his mate is human which is a no-no in that world, he should have been more understanding of Darius’s mate but he wasn’t.

Granted this is the third book in the series and I haven’t read the others but the world building aspect left me underwhelmed, I wanted to know why there were different kinds of dragons, what made them different, the whole jewel thing, about the mating mark, the water dragons treachery and how they were never discovered since a lot of dragons knew about them. The ending also felt rushed.

Overall, the book left me with many unanswered questions and while I love a good shifter book this just left me underwhelmed.