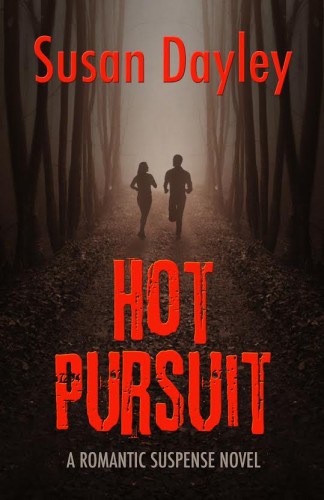 When Kennady thought she’d found the perfect summer escape–working at a resort in Jackson Hole. But then Atticus, whom she once loved, comes to town, an international conference threatens world finances, and a Mexican cartel shows up to stop the conspirators. When Kennady’s friend Chelo gets entangled with a handsome and possibly dangerous man, her own life is threatened. From blowing the door off a room with a microwave to being shot at in the rain, Jackson was not an escape after all.

Hot pursuit offers tow storylines with two different endings for each. Also includes links to images, music, information about location and other fun details that relate to the story.

Purchase your copy on

Susan writes constantly, gardens in rich earth, hikes where the sky brushes
the mountains, loves without restraint, reads in between, and shovels snow
in serpentine patterns. She is the author of Cold Pursuit, and Redemption,
the story of Jonah.

Open only to those who can legally enter, receive and use an Amazon.com
Gift Code or Paypal Cash. Winning Entry will be verified prior to prize
being awarded. No purchase necessary. You must be 18 or older to enter or
have your parent enter for you. The winner will be chosen by rafflecopter
and announced here as well as emailed and will have 48 hours to respond or
a new winner will be chosen. This giveaway is in no way associated with
Facebook, Twitter, Rafflecopter or any other entity unless otherwise
specified. The number of eligible entries received determines the odds of
winning. Giveaway was organized by Kathy from I Am A Reader and
sponsored by the author. VOID WHERE PROHIBITED BY LAW.
a Rafflecopter giveaway