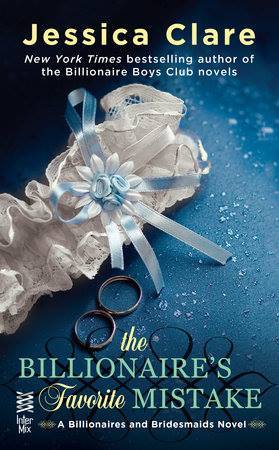 The Billionaire’s Favorite Mistake by Jessica Clare
Series: Billionaires and Bridesmaids #4
Published by InterMix on June 21st 2016
Genres: Contemporary, Romance
Buy on Amazon US, Buy on Kobo, Buy on itunes, Buy on B&N

A hot one night stand between friends might spark true love in the latest Billionaires and Bridesmaids novel from the New York Times bestselling author of Billionaire Takes a Bride.
Greer has always been there for Asher, but she wishes she could break through her shyness and show how much she truly loves him. But after a steamy, mindless fling at Hunter and Gretchen’s engagement party, Greer finds herself tossed aside and forced to admit that you can’t love someone who doesn’t acknowledge you exist.
It’s a shame he got her pregnant.
After his fiancée betrayed him and tanked his business in one fell swoop, Asher has spent his time trying to rebuild his wealth and forget the past. But he doesn’t understand why Greer blew him off after their night together—until he catches a glimpse of her belly.
Now Asher is willing to do whatever it takes to convince Greer she belongs with him. And he’s very skilled at the art of persuasion.

When the group started to disperse into partying again, he got out of his chair and moved toward Greer’s table, stalking her. He saw her heading off with one of the waitstaff and jogged to catch up. “Greer!”

She turned and her face paled at the sight of him. Her mouth firmed into an angry line of distaste, and then she picked up her skirts and continued to walk away.

That didn’t deter him, though. Asher headed after her, following her into the house and catching up despite her efforts to hurry. “Hey, wait up. I think we need to talk.”

“I have nothing to say to you, Asher.” She didn’t turn to look at him.

He reached out and clasped her arm, noting how warm her skin was, and how soft. And damn it all if he didn’t start to get another inappropriate boner. His body really needed to learn to calm the fuck down. “Just give me five minutes of your time, all right? Then I’ll leave you alone.”

She exchanged a look with the waitress, and then nodded at her. “I’ll be inside in a minute. Go ahead.” When the woman left, Greer sighed and turned back to him, smoothing a stray lock of hair back behind her ear. “What is it, Asher? I’m very busy tonight with the party.”

“I can imagine. This is a terrific party. I should have known you were behind it.” He knew she’d done weddings for some top-notch clients in New York and always took her job extremely seriously. Of course she’d put on a spectacular party for her father. “Listen. I feel like the last time we saw each other, we . . . well, we fucked up.”

Her eyebrows went up.

Shit. That was apparently the wrong thing to say. “I mean, it was a fuckup, but not that fucking you was a mistake.” God, where was his suaveness when he needed it? Why was he all diarrhea of the mouth when it came to Greer? He could sweet talk anyone, but the moment he came close to her, he babbled like a schoolboy. “Not that I think we should have fucked, of course. We’re friends, and friends don’t sleep with each other. Not if they want to stay friends. And you’ve been avoiding me. We haven’t had our Mondays in the last few months.”

Her arms crossed over her chest, pressing her dress tighter against her body. “Is this conversation going somewhere, Asher? Like I said, I’m very busy tonight.”

Greer’s tits looked magnificent in that dress, he realized. They’d been small, perfect handfuls the night they’d slept together and now they seemed . . . doubly abundant. “Did you get a boob job?”

Her eyes narrowed imperceptibly. “I need to go.”

Fuck, why did he say that? “Sorry. It’s none of my business. Listen.” He reached out and grabbed her elbow when she turned to leave, stopping her. “The reason why I wanted to talk to you tonight is because I was behaving like an ass that night. I was drunk and I wasn’t myself. I was just lost in misery and in booze, and if I’d been thinking straight, I would have never dragged you off to the gardens and slept with you.” And damn if that didn’t sound all wrong, too. “Not because you’re not attractive, Greer. You are.”

“You’re not winning me over, Asher.” Her voice sounded hard. “Did you truly come to this party just to tell me that you find me repulsive and you wouldn’t have slept with me if you were sober?”

“What? No, that’s not what I meant at all. You’re hot. I mean, hell, you look smoking hot in that dress tonight.” She was all lush curves, which was surprising given that his memories of her were of her daintiness. But her body had changed in the last couple of months. And something about that was bothering him. “I just . . . don’t think we should have done that. As friends.”

“On that, I agree completely. May I go now?”

Why wasn’t she thawing toward him? He remembered Greer as all soft, shy smiles for him. They’d been friends, good friends. The cool, remote stranger in front of him . . . well, it reminded him of Stijn and the politely disinterested-because-you-are-dirt-to-me expression he wore at all times. “I just . . . you’re a good friend and I don’t want to lose you.”

“We can’t change what happened, Asher.” She hadn’t thawed an inch. One of the waitstaff moved nearby with an enormous cake, and she delicately sidestepped on the path to allow them more room. As she did, the long hem of her skirt got caught in a nearby bush and pulled taut against her body, outlining a slightly rounded stomach.

Asher’s eyes widened as realization struck him. “Greer . . . are you pregnant?”

She bit her lip and averted her gaze.

She looked back up again. Her eyes narrowed. She crooked her finger at him, indicating he should lean down. He did—

—And she delivered a ringing slap to his face. 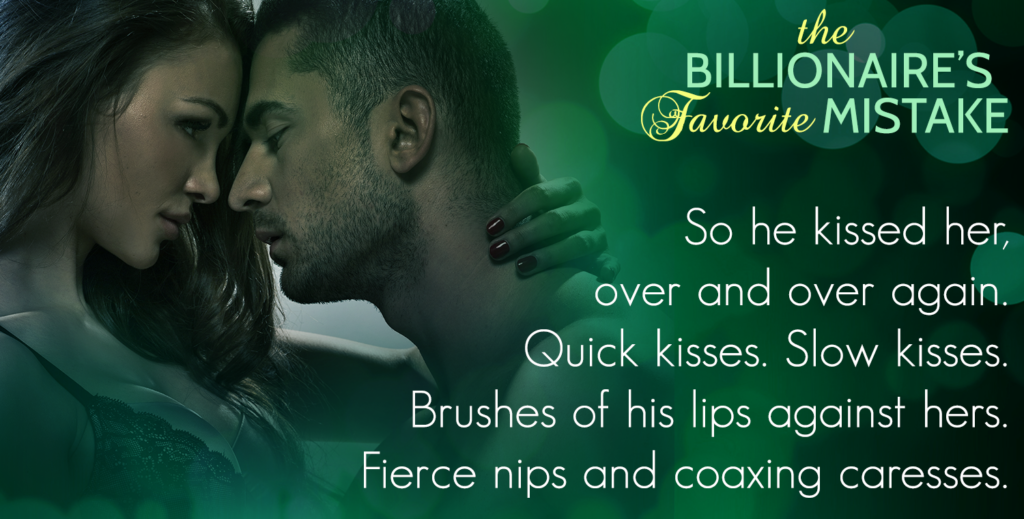