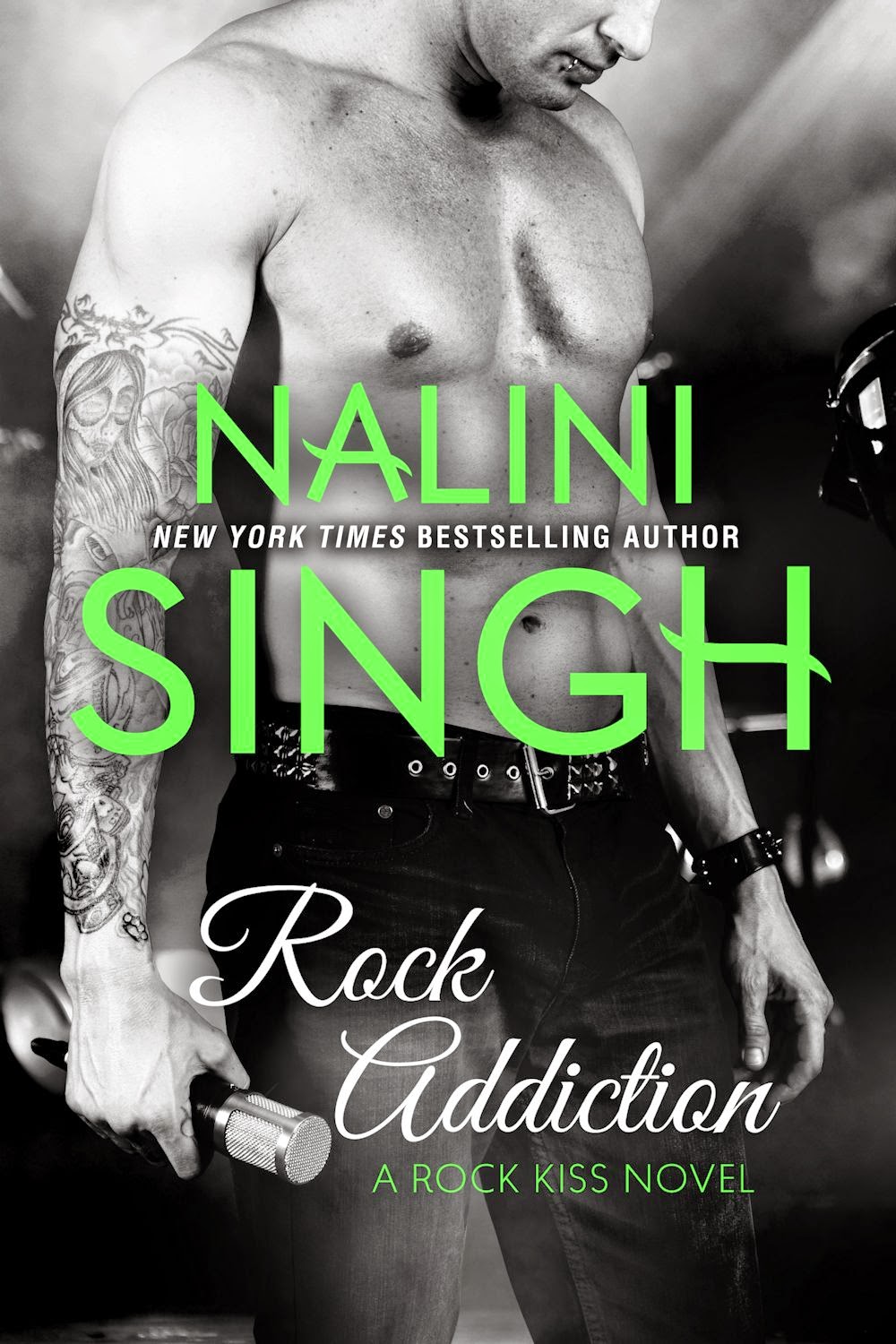 A bad boy wrapped in a sexy, muscled, grown-up package might be worth a little risk…

Molly Webster has always followed the rules. After an ugly scandal tore apart her childhood and made her the focus of the media’s harsh spotlight, she vowed to live an ordinary life. No fame. No impropriety. No pain. Then she meets Zachary Fox, a tattooed bad boy rocker with a voice like whiskey and sin, and a touch that could become an addiction.

A one-night stand with the hottest rock star on the planet, that’s all it was meant to be…

Fox promises scorching heat and dangerous pleasure, coaxing Molly to extend their one-night stand into a one-month fling. After that, he’ll be gone forever, his life never again intersecting with her own. Sex and sin and sensual indulgence, all with an expiration date. No ties, no regrets. Too late, Molly realizes it isn’t only her body that’s become addicted to Fox, but her heart…

Zachary Fox is the singer of the band school boy choir and the hero of the book. Fox had a rough childhood, his mother abandoned him and left him with his grandparents who died later hence he has no other family than his band members and has associated the word love with those hurtful memories of his childhood. Which changes when he meets Molly.

“Her smile smashed into him with stunning force. He heard nothing of the party around him saw no one but her.”

Molly is a librarian and a fan of the band. Her parents died in a car crash when she was young. Her father was an adulterer which lead to her mother becoming an alcoholic leading to Molly becoming an orphan. She and her whole family where in the limelight because of her father’s behaviour which has led to Molly resenting and fearing the media. She is only close with her best friend Charlotte and her sister Thea other than that Molly lives a very solitary life. Molly and Fox meet at a party which leads them to having a one night stand. Molly doesn’t want a relationship with Fox because his position in media would expose her old wounds while Fox from the moment he meets Molly wants to make her his but Molly doesn’t anything more than one night stand for her memories. Which begins their courtship.

What I liked: I really liked the fact both Molly and Fox wanted to actually be together and were willing to work/compromise for each other. Molly and Fox are together for all the chapters in the book which is different since most books have the inevitable separation.

Minor quibbles: Firstly too much sex, it was like every two chapters there was at least one sex scene. I also felt that the whole (view spoiler) felt a bit excessive. Molly got on my nerves a few times; she would get overly teary/emotional in part one and in both parts she would have a rage inducing jealousy, while I think jealousy is a normal reaction, her level of jealousy was irrational. Fox decision that Molly is the one after spending a couple of hours felt thin and is questionable. Lastly, this book was longer than I think the average contemporary book when I don’t think it needed to be. The first half of the book was slow but it went eventually picked up its pace, I felt that part two of the book was better than first.

First books in the series are usually the whole building block for the books to come which is why sometimes they can be weak. The thing is when authors like Nalini Singh who are very muched loved for her stories and series publish a new book you get very excited and have high expectations which is why I didn’t love the book like i expected to because I expected more of the uniqueness her books have.

Overall It ended being an ok read and the sneak peeks we got of T-rex & Molly’s best friend Charlotte and Thea & David’s has made me curious about the next books in the series. I do think that people who love this trope would like it more.