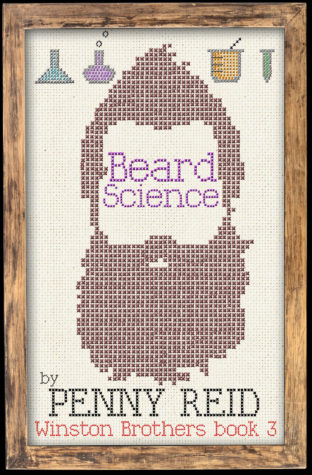 Make a deal with the devil and you might get what you want, but will it be what you need?
Jennifer Sylvester wants one thing, and that one thing is NOT to be Tennessee’s reigning Banana Cake Queen. Ever the perpetual good girl and obedient daughter, Jennifer is buckling under the weight of her social media celebrity, her mother’s ambitions, and her father’s puritanical mandates. Jennifer is officially desperate.
And desperate times call for Cletus Winston.
Cletus Winston is a puzzle wrapped in a mystery covered in conundrum sauce, and now he’s in a pickle. Despite being convinced of his own omniscience, extortion by the exalted Banana Cake Queen of Green Valley has taken him completely by surprise. So... what’s a maniacal mastermind to do?
Likely, the last thing you expect.
'Beard Science' is the third book in the Winston Brothers series, is a full-length romantic comedy novel, and can be read as a standalone.

So I’ve been waiting for Cleutus’s book since the beauty and the moustache and the more we got to know him and his shenanigans through the Winton Brothers 1 and 2. The more I wanted his book and I think one my favourite in the series

Cletus Winston is blacksheep of the Winston brothers. He is genius, prankster, matchmaker and mastermind rolled into love. He also happens to really love his siblings, he really likes to mess up with their heads but he does love them a lot. His way of thinking is quite unique, he also doesn’t quite understand some simpler things but his quirky behaviour only makes you love him more. I also really liked his formal way of speaking and doing things along with the particular rules of life, people and of course birthdays he had. He also happens to be very cynical (which I also loved because I happen to be one) and knowing so many peoples secrets makes it difficult for him to connect with them unless of course it’s making them accessories to his plans.

“I don’t like to judge people. I love it. Writing people completely off was liberating.” ~Cletus

Jennifer Sylvester also known as banana cake queen who doesn’t want to be known as the banana queen. She has really had it with everything, the way her parents treat her, the way the town treats her and the way she has to pretend to be somebody else every second of everyday. The woman doesn’t even like banana cake.

Jennifer starts off as a woman who is really struggling to break out but is just stuck in this position because her brother leaving made her parents even more focused on her.  She gets a huge character development in the book and it’s just pretty great to read, how she slowly gets to finally be who she wants to do be. She has always been a watcher since most people ignore her, she has gotten good at observing and figuring people out. The best thing that has probably happened to Jenn was recording Cletus stealing evidence and blackmailing him into getting the life she wants which includes a family and children.

I really disliked Jenn’s family, they were such awful people. The mother does come around but really they annoyed me with the way they treated her. Every time Jenn did something that her parents didn’t want her to do, I cheered for her. 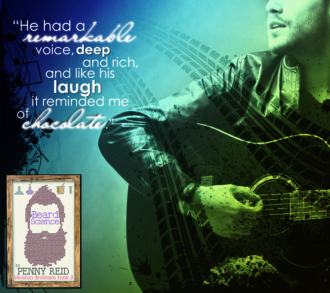 Onto the romance, it’s a quite slow burn but in the best way possible. They become friends and then you see their relationship become deeper and them falling in love. It’s obvious from the start that they both attracted to each other and Cletus being protective and jealous everytime he saw her with someone else was pretty amusing. The made each other happy and they were adorable. I loved how Jenn had the upper hand with Cletus, he was so confounded by her and baffled that she had gotten the best of him. Cletus has never given much thought to Jenn, he has always been more of a first impressions guy so he’s shocked to learn that this quiet and gentle woman is actually blackmailing him into helping her.

“You want to know what you are to me? Fine. You’re my beginning, my middle, and end.”~ Cletus

Cletus becomes really intrigued her, not just because of her beautiful eyes which Cletus does really like but also because of how genuine and sweet she is. Cletus never really imagined being in love and never with someone like her who is very different to him yet makes him whole and happy.

“I loved her both rationally and irrationally. And I wanted her with a ferocity that had kept me awake at night and tortured during the day.” ~Cletus

The book had slight dash of angst, with humor, romance, passion and some sweetness thrown in the mix which just made it an overall great read with a couple that were just the prefect fit for each other.

Quibbles: I do wish we had gotten a slightly more of the shenanigans that Cletus was alluded to and the plans he has, just a bit more of his mastermind behaviour. Just because I enjoy that sort of thing.

Overall, my wait for Cletus’s book paid off, I really enjoyed it! I loved them together and individually and I loved how Cletus was when he was in love with Jenn. I can’t wait to see how his antics and plans pay off in the future books and of course his matchmaking. Generally speaking their story was just a happy, feel good book which I adored! I wonder how soon I can ask Penny Reid when the next Winston Brothers book is coming out. 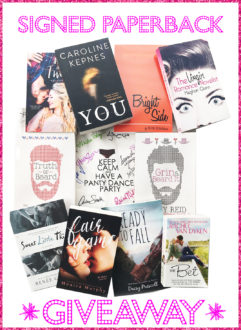