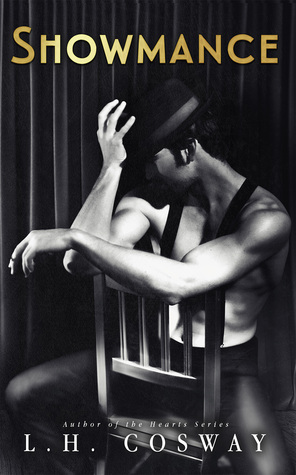 Damon Atwood was Hollywood’s golden boy. Having won an Oscar at the tender age of thirteen, he had the life many could only dream about. But his success came at a price, and after a short but fruitful film career, he chose to live a life of obscurity on a remote Scottish island. Almost a decade later he’s finally ready to make his return, starting with a lead role in a musical on London’s West End.
As a choreographer’s assistant, Rose Taylor has always faded into the background. She watches shows come to life from the side lines, but has never craved the attention of stardom. When rumours begin circulating of Damon’s involvement in her latest gig, she doesn’t predict how she will be thrust into the limelight, nor how the mysterious and strangely introverted man will need her to teach him how to be a star again.
Rose knows that show crushes don’t last. Actors fall for each other during the intensity of a production, often losing themselves in their roles. These kinds of affairs burn bright and then they fade. The question is, should Rose let herself shine with Damon, or guard her heart from being broken after the final curtain call?

As everyone and their mother probably knows I really enjoy L. H. Cosways books. Her stories are different and they are all unique not only in their characters but in their storyline as well which is certainly the case here as well.

Rose Taylor is a choreographer’s assistant working at theatre, doing what she loves which is dancing, in a much more controlled environment due to her stage fright. When we first meet Rose she is getting her heart broken by her current boyfriend and later is trying to get over said heart break. Rose is great best friend, accomplished dancer and very self aware of not only her own faults but her needs and wanted someone to love her as much as she loved.

Damon Atwood an oscar winning child star all grown up and currently making a come back at acting by doing broadway. Damon from the moment he appeared was intriguing. He is so awkward, broody, moody and completely endearing. He is very wonderfully written and you can’t help but love him. I think one of things I liked about him was because he was down to earth, very humble and had a huge capacity for love.

Rose and Damon were adorable together and had great chemistry. Both of their pasts had made them the people they are today. Their relationship from friends to lover was sweet, romantic and bought a quite a few smiles to my face. They had a quite a few bumps along the way to their happy ending namely two determined coworkers who seemed to take drama everywhere along with them.

Quibbles: When I first started the book I had trouble connecting with Rose I still don’t know why I did maybe it was the outlander bits ahem I really didn’t enjoy outlander or who knows really…it wasn’t till a quite a few chapters in that I finally connected with her. View Spoiler »So as this was theatre story drama within the crew and cast was expected I guess I wasn’t expecting it to be frustrating as it turned out or how long it went on which also made some things predictable in the story. Then at the end where Alicia and Blake seemed to have gotten themselves together and everything with them was ok felt a little to perfect for me…I just didn’t buy it. Further I wanted more of Rose and Damon’s interactions and banter and less about the secondary characters and honestly I struggled with that. Last thing the reason for their short separation didn’t feel very organic to the story. « Hide Spoiler

Despite some of the issues I had, I did enjoy the characters and the book and I’m looking forward to the next book by the author. Happy Reading!