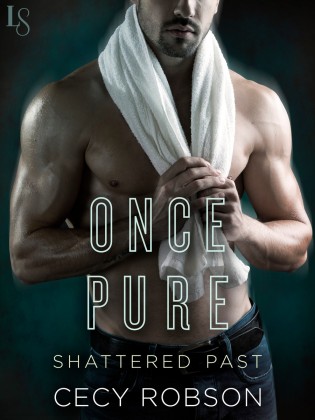 She bears the scars of the past. He blames himself for things he can’t control. Their defenses are up, but in Cecy Robson’s latest Shattered Past novel—perfect for fans of Monica Murphy and J. Lynn—true love lands a knockout punch.

Sofia Tres Santos remembers a time before her life went sour, before her innocence was ripped away, before she began punishing herself with risky behaviors and unworthy men. Now, at twenty, she just hopes she’s ready to rebuild some of what she lost. One way or another, it always comes back to her childhood friend and longtime crush, Killian O’Brien.

As strong as Killian is, Sofia has always been his one weakness. He knows Sofia has suffered and wants to ensure she’s never hurt again—not like before, and definitely not under his watch. When Sofia agrees to work at his mixed martial arts gym, Killian seizes the opportunity to help and protect the sweet girl he’s always cared for. And yet, as he trains Sofia to defend herself using his hard-hitting MMA techniques, he’s drawn to the vulnerable beauty in ways he never expected.

As Sofia grows stronger, she also grows brave enough to open herself up to love. And along the way, she challenges everything Killian believes to be true, showing him that no matter how much he dominates in the ring, the real battle is fought in the heart.

Favorite Lines from Once Pure

Thank you for inviting me to your blog and for featuring Once Pure. I think what makes Once Pure one of my most favorite novels is the emotion that captures the Sofia and Killian’s journey. Below is a list of some of my favorite lines in the novel to give readers an idea of what I mean, along with my comments for each.

Killian dominates the ring, and all aspects of his life, except for Sofia. She doesn’t know    a first, but she alone is his greatest weakness.

Yes. Sofia does, and so will readers who love their alpha males big and strong, with souls that match their hearts.

This is the turning point in Sofia and Killian’s relationship. It also revisits a difficult scene in Once Perfect.

The words are simple, but pack a heartbreaking punch. Not all relationships are perfect, especially when the truth finally reveals itself.

Sofia knows women seek Killian. To see it firsthand, however, is more than she can handle.

This line is from Wren (Erin), Killian’s very tough, very Philly sister. I love her vulnerability here, and how it softens her tough persona.

This is a taste of Killian, and how he recognizes his feelings toward Sofia, his childhood friend who he never forgot.

Hmmm. Have I mentioned how Sofia is Killian’s greatest weakness?

It’s this moment between Sofia and Killian when the reader not only realizes the extent of Killian’s feelings, but also, that something powerful is holding him back.

It’s hard not to comment without giving too much away. What I can do is warn you that this is one of the most heart-breaking moments I’ve ever had to write.

I know I’ve said a lot, without saying much at all. Yet my hope is that you’ll read Once Pure and be as touched by Sofia and Killian’s journey as much as I was.

Thank you for having me! 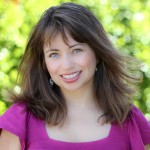 CECY ROBSON is the New Adult and Contemporary author of the Shattered Past series, and the award winning author of the Weird Girls Urban Fantasy Romance series. A self-proclaimed professional napper, Cecy counts among her talents a jaw-dropping knowledge of useless trivia, the ability to make her hair big, and a knack for breaking into song, despite her family’s vehement protests. A full-time writer, registered nurse, wife, and mother living in the South, Cecy enjoys spending time with her family and silencing the yappy characters in her head by telling their stories.