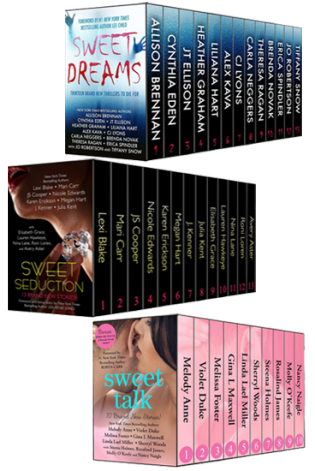 I hope that you guys considering buying and spreading the word for the books, it’s for a great cause. xo Izy.

I’m a thriller writer, and a thriller reader, and hence a sucker for the classic thriller plot, where an ordinary man or an ordinary woman slowly becomes aware of a looming threat: someone or something is out there, close by, infinitely dangerous; or perhaps an intruder is already in the house, mocking, violating a sanctuary, or perhaps – really creepy – he’s been living in the attic for a couple of weeks already, camping out, undetected, silent, leaving odd nighttime disturbances … who moved that chair?

Or perhaps, for added anguish, it’s not the ordinary man or woman under threat: it’s his or her son or daughter, their child, their responsibility, the intended victim, a helpless target. What mother or father wouldn’t fight to the death? And they do … 400 pages later, an investigation has been conducted, the bad guy has been identified, close scrapes have been survived, and finally the family is sitting together on the bottom stair, stunned but finally safe, as the bad guy is put in the cop car and driven away. The end.

It’s a mysterious malfunction. No one knows the cause. Researchers suspect an element of genetic susceptibility, and in those susceptible it’s possible the Coxsackie B4 virus kicks things off. Then a tiny balance among the human body’s billion moving parts goes slightly out of whack, and the beta cells in the islets of Langerhans (such an innocent name) inside the pancreas shut down and stop producing insulin, so the body can no longer deal with the kind of sugars we crave.

The intruder is now in the house.

Untreated, all kinds of complications will follow. Cardiovascular disease, and stroke, and damage to the eyes, kidneys, and nerves. And more. Including death. All in store, unbelievably, for the ordinary parent’s beautiful and vulnerable child. No one’s fault. Type 1 diabetes is unrelated to lifestyle. Most victims are thin or normal, healthy, well fed, well loved.

The fight back begins with maintenance. Sometimes diet is enough; more often, insulin must be provided. An endless round begins: testing and injecting, testing and injecting. Most sufferers do OK for a long time, but only OK. Quite apart from the social and organizational burdens of diet and injection, they can feel under the weather a lot of the time. But in thriller terms, we can at least get them barricaded in a safe house, at least temporarily, doors and windows locked, guns drawn, with the bad guy lurking outside in the yard.

But how do we get the bad guy in the cop car?

Research is the answer, but it’s fantastically expensive. All around the world, teams of biochemists are working hard, but they have to pay the rent. And eat. Their funding comes from governments and institutions and drug companies – but also from hundreds of thousands of concerned individuals. Many of them are parents of diabetic children, and it’s easy to see why. The primeval instinct that makes a mother or father fight to the death is a powerful one – perhaps the most powerful among our emotional inheritance. But in the case of diabetes it’s frustrated. There’s no identifiable antagonist, no role for a gun or a blade. There’s no bar fight to be had. If only it was that easy. I know of no parent who wouldn’t gladly smash a long-neck bottle and join the fray. But they can’t. Such parents have to channel their natural aggression into a long, patient, endless struggle for progress. They raise awareness and money any way they can.

This anthology is an example. It will help fund the search for a cure. All good. In fact better than good, because whatever else, there are some great authors and some great stories here to enjoy. So if you buy it, you’ll get some excellent entertainment – but also you might just get the chance to be that mysterious character on page 297 of our notional thriller, who contributes the tiny but vital clue that eventually leads to the big reveal on page 397. Your few cents could make the difference. You could be the one.