He lost his mentor.He lost his K9 partner.He almost lost his will to live.But when a killer obsessed with revenge targets a beautiful woman on the run, Theo and his new K9 companion will do whatever it takes to save Jules before they lose their last chance at a happily ever after...
Theodore Bosco, grieving the death of his partner, is reluctantly fascinated by secretive newcomer Jules. Although his instincts scream that he should avoid her, he can't seem to stay away. It doesn't help that Theo's new K9 companion, Viggy, has fallen head over paws with Jules's rambunctious family.
Or that when he's with Jules, Theo finally knows peace.
When Jules kidnapped her siblings, whisking them away from abuse to the quiet anonymity of the Colorado Rockies, she never expected to catch the eye-or the heart-of a cop. All it would take is one wrong move and she'll lose everything. Yet as Jules attempts to fight her growing attraction to the brooding K9 officer, another deadly threat lurks much closer to home. Someone's gunning for Theo and Viggy, and they're willing to take out anything...or anyone...who gets in the way of revenge. 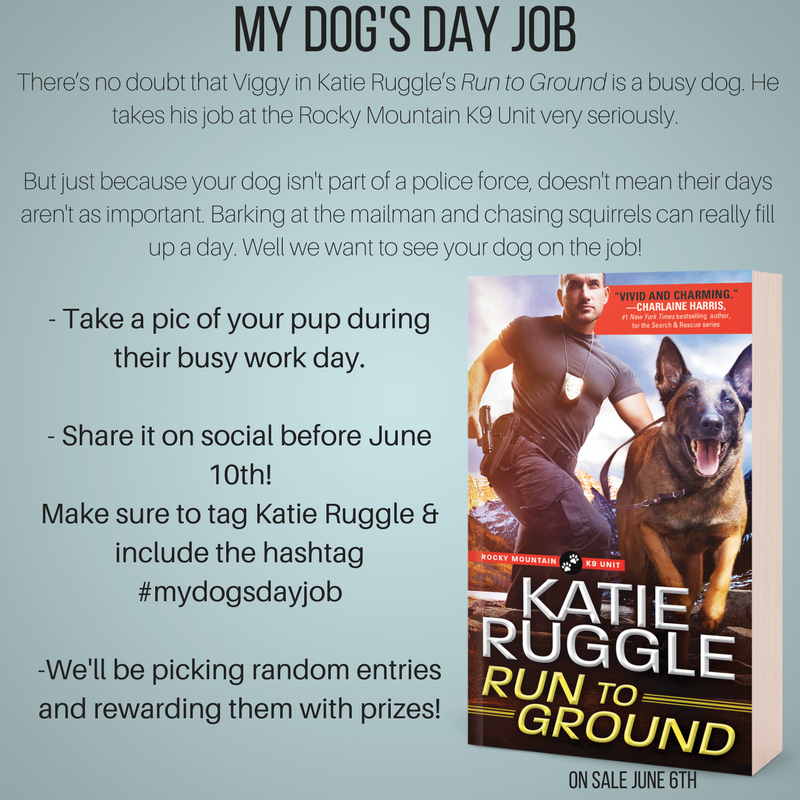 A fan of the old adage “write what you know”, Katie Ruggle lived in an off-grid, solar- and wind-powered house in the Rocky Mountains until her family lured her back to Minnesota. When she’s not writing, Katie rides horses, shoots guns (not while riding, although that would be awesome), cross-country skis (badly) and travels to warm places where she can scuba dive. A graduate of the Police Academy, Katie received her ice-rescue certification and can attest that the reservoirs in the Colorado mountains really are that cold. A fan of anything that makes her feel like a bad-ass, she has trained in Krav Maga, boxing and gymnastics.

Teaser, Giveaway and a free Novella for Katie Ruggle Fans.