A table for two

Waitress Tiffany Hayes knows what she wants and she wants Sebastian. Top’s grumpy sommelier calls to her in a way no man has before. She simply needs to show him that they belong together. Finding an opportunity to spend some quality time with him turns out to be the easy part. Convincing Sebastian to look beyond his damaged heart and soul is far more difficult.

A thirst he can’t deny

After losing everything he held dear, Sebastian Lowe has finally rebuilt his life and the walls around his heart. Tiffany is a sweet temptation he struggles to resist. She’s bright and complex, but he’s sure she can’t handle his dark desires. When they’re thrown together on an assignment, he can’t help himself.

As passion builds, the new lovers are both forced to face their pasts. To have a future, they must find a way to heal the wounds they thought would haunt them forever.

Damn but she was a beautiful woman. She was also something he needed to keep his hands off of. No matter what Big Tag said, he did not date women he worked with.

He didn’t really date anyone. He played with subs. When the need got too great, he found a partner for a brief time. He didn’t sleep with anyone. He fucked, and that was starting to get very old. Empty.

“So you said something about house rules?” Tiffany leaned forward, her elbows on the bar. “Are these housekeeping rules or like big bad Dom rules?”

“I don’t suppose I differentiate.” He couldn’t let those big eyes of hers soften him up. It had almost happened at her apartment. When she’d stood up after he’d spanked her and there had been tears running down her face, his impulse had been to reach for her. He’d wanted to draw her in the way he had that night when she was drunk and she’d cried on his shoulder. He’d wanted to smooth back her hair and promise her everything was going to be all right, that he could fix things for her. It was a path that was sure to lead to discomfort for her and humiliation for him. “I prefer a clean living space. I don’t like for things to be messy. I expect that you will keep your things in their proper place.”

Because no matter how hard he tried, he could still trip. The legs he now walked on were only a year old. He’d spent the first two years in a wheelchair.

He still wasn’t completely comfortable in the prosthetics.

He’d been able to tell that from the state of her apartment. It had been cluttered, a bit dusty. With the exception of her easel. That had been perfectly taken care of. He rather wished he’d taken the time to ask to see her art.

He’d seen one painting that night he’d taken her home. It had been a painting of three laughing girls, the swirling colors so vibrant he could hear them giggling as they splashed in a puddle on a rainy day. The figures had been more impressions than photographic reality, but he’d known what she was trying to convey.

“If you cook I’ll clean, and the other way around.” He’d started a list in his head on the long drive. The drive that would have been considerably shorter had they left at the proper time. As she’d sung along to sugary pop songs after she’d changed his radio, he’d sat and considered how to proceed.

With caution. Lots and lots of caution.

“I’m not the best cook in the world,” he continued, “but I can manage. Most nights, of course, we’ll be eating at Top as our training sessions for the new restaurant will last long hours, but I would prefer to eat breakfast here rather than skipping the meal or picking up fast food. Eric made sure the fridge was stocked with a few items I requested.”

“Breakfast.” She gave him a little salute with her free hand. “I can manage that.”

“In addition to our duties at Top, we will now be taking on the additional task of appearing to be a long-term D/s couple, and we need to talk about what that should look like.” Another thing he’d been thinking about ever since that moment the trap had closed around him. “You know you probably could have gotten us out of this assignment. It’s much more difficult for the Dom to say no. The sub always holds the power. Is there a reason you didn’t use yours today?”

“I didn’t want to,” she replied simply. “I don’t have a full-time Dom and I thought it would be interesting to see what that’s like.”

Was she thinking at all? “You know nothing about how I function as a dominant partner.”

“And now I do,” she replied. “You like rules and schedules and you tend to be very fair.”

“I can be quite exacting in my standards.”

“I can be quite flexible,” she shot back as the sexiest smile crossed her face. “I’m serious about that. I can still do the splits and everything.”

“You’re far too reckless, Tiffany.” He didn’t appreciate recklessness so why was she like a siren calling to him? If he listened, he would end up wrecked. 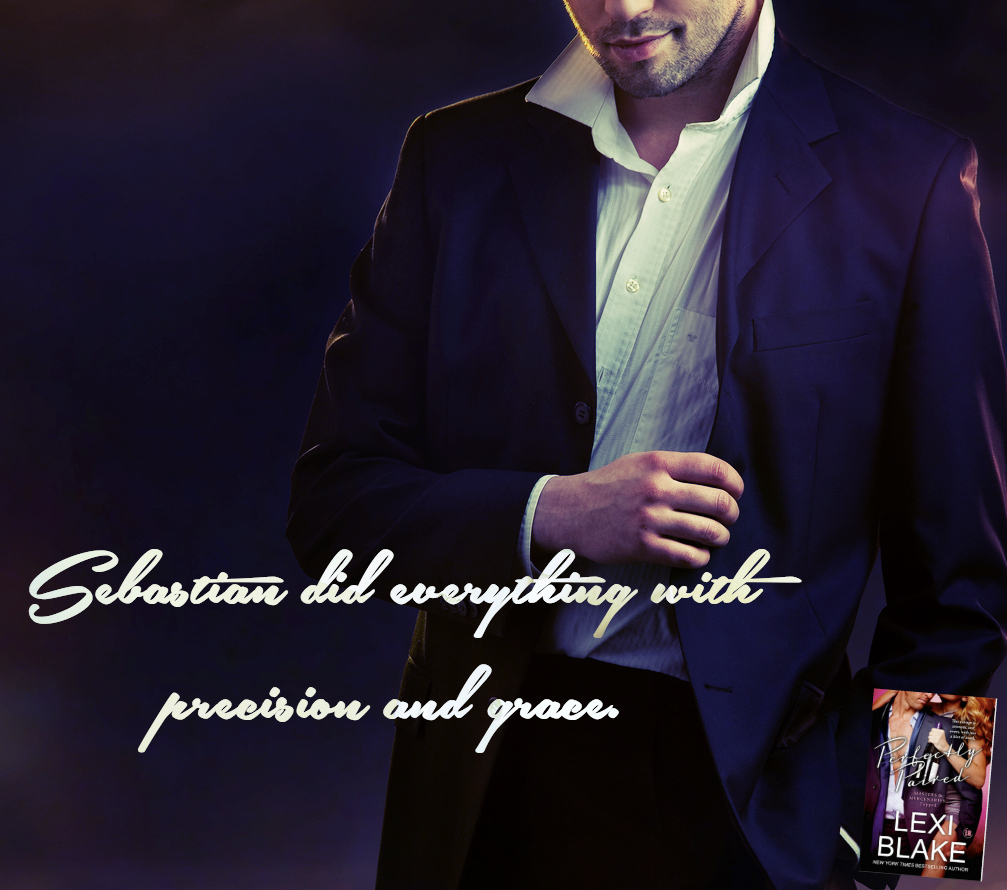