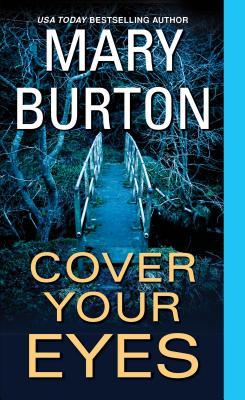 At first, they struggle to escape. Then a torrent of blows rains down upon their bodies until their eyes cloud over in final agony. The killer shows no remorse–just a twisted need to witness each victim’s last terrified moments.

Public defender Rachel Wainwright is struggling to reopen a decades-old case, convinced that the wrong man is in prison. Homicide detective Deke Morgan doesn’t want to agree. But if Rachel’s hunch is correct, whoever fatally bludgeoned young, beautiful Annie Dawson thirty years ago could be the source of a new string of brutal slayings.

Rachel’s investigation is about to reveal answers–but at a price she never thought to pay. Now she’s become the target of a rage honed by years of jealousy and madness. And a murderer is ready to show her just how vicious the truth can be. . .

Rachel wainwright  is a public defender of the convicted murderer of Annie Dawson, who has been in jail for 30 years. She believes her client didn’t kill Annie. Rachel is both strong yet vulnerable at the same time, she could also be a bit a naive in her thinking.

Deke Morgan is a cop and son of the man who put Annie’s killer in jail. Side note every time I read that name I couldn’t help but think I’d Derek Morgan from criminal minds, that name is really close.  Anyhow Deke might not like his father much but he believes that his father was a great cop and put the correct killer in jail. Both the protagonist were strong characters if a bit lonely and cynical at times.

First of all this book should not be classified as romantic suspense, there was absolutely no romance in it. It should be classified as mystery and thriller. The ‘romance’  part felt like an afterthought from the author without much build up and after 85%. I thought the book really didn’t need it, it would have been fine to read even without the romance since the suspense and all plot keeps you interested all long. Another reason I wouldn’t say this is a romantic suspense is because we don’t actually get to know about the protagonist that much beyond their careers and some superficial details. I know more about Annie than I do about them.

The book is really about the finding the real killer of Annie Dawson which happened thirty years ago and the killer of the current murders happening in Tennessee. The book has many twists and turns and the reader is on a rollercoaster ride to figure out who murdered Annie and who’s doing the same now.

Finding the killer was very interesting and so was finding who Sugar was (the guy Annie wrote letters to) though the other part of the mystery about Annie I figured that out, fairly easily. The suspense part of the book was spot on and I really enjoyed that.

Quibbles: There were a lot of POVs, almost all the characters in the book had at least one scene told from their POV. Another thing was the how many shifty characters there were and many closet sociopaths (a lot of them old) in this story, really how come no one ever noticed their behaviour around them is a very strange. Last thing, since it’s classified as a romance there should be have more of it, or atleast some build up and more of a connection between Rachel and Deke.

Nevertheless the story makes a very good mystery/ thriller who-dun-it and it is very griping. I really liked the authors writing style and I couldn’t put the book down. Happy reading.

Tell me which romantic suspense book do you love and why ?