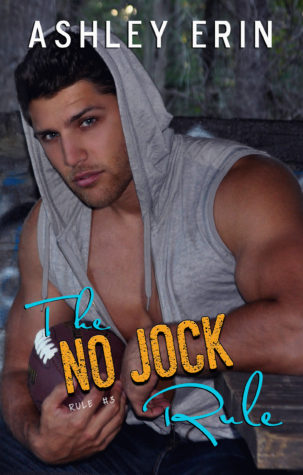 Nella Anderson isn’t your typical college student. She has a secret, one she can never share.With secrets come rules.Rules set by others.Rules set by herself.Nella’s rule is simple. No jocks.Carter Jacobs doesn’t make keeping her rule easy, but she’s determined not to break it.
Carter refuses to let women get the best of him. He’s seen the fallout and learned early on that you can’t fully trust anyone. Giving someone his entire heart is not an option. Nella has captured his interest, but he keeps himself at a distance.
An online friendship, identities unknown, has Nella and Carter unwittingly trusting each other.Secrets are uncovered, identities revealed.
Rules are meant to be broken, can they handle the consequences? 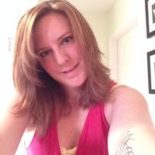 Ashley Erin lives in Alberta, Canada where winter and summer compete to take over. She wears flip flops as soon as it’s above freezing, because her hatred of socks outweighs her dislike of snow. Her boyfriend stays with her despite a penchant for adopting rescued cats and dogs without permission. Their two dogs and four cats are spoiled rotten. When Ashley isn’t writing, she is reading or working with horses.

Ashley is a self-published author of contemporary and new adult romance. Follow her on Facebook to keep up with her current and upcoming releases.