I thought I’d share the books I’m really looking forward to this month; I love both of these authors so much and their work. Psy/Changeling has been a favourite series of mine  for quite a lot of years (though I love all Nalini’s series/works) and I can’t wait to read Aiden’s story. I also love Julie James Fbi/US attorney series and Ford was a supporting character in one of the previous book so I’m looking forward to reading about him as well. 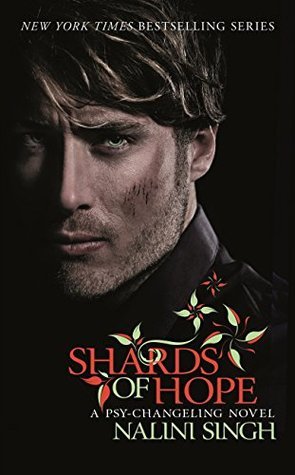 Awakening wounded in a darkened cell, their psychic abilities blocked, Aden and Zaira know they must escape. But when the lethal soldiers break free from their mysterious prison, they find themselves in a harsh, inhospitable landscape far from civilization. Their only hope for survival is to make it to the hidden home of a predatory changeling pack that doesn’t welcome outsiders.

And they must survive. A shadowy enemy has put a target on the back of the Arrow squad, an enemy that cannot be permitted to succeed in its deadly campaign. Aden will cross any line to keep his people safe for this new future, where even an assassin might have hope of a life beyond blood and death and pain. Zaira has no such hope. She knows she’s too damaged to return from the abyss. Her driving goal is to protect Aden, protect the only person who has ever come back for her no matter what.

This time, even Aden’s passionate determination may not be enough – because the emotionless chill of Silence existed for a reason. For the violent, and the insane, and the irreparably broken . . . like Zaira.

Rich, dark, sumptuous and evocative . . . bestselling author Nalini Singh is back with a stunning, dark and passionate new tale.

Suddenly One Summer by Julie James

From the New York Times bestselling author of It Happened One Wedding comes a novel about a man and a woman whose summer is about to get very, very steamy…

Divorce lawyer Victoria Slade has seen enough unhappy endings to swear off marriage forever. That doesn’t mean she’s opposed to casual dating—just not with her cocky new neighbor, who is as gorgeous and tempting as he is off-limits. But once she agrees to take on his sister’s case, she’s as determined to win as ever—even if that means teaming up with Ford…

Investigative journalist Ford Dixon is bent on finding the man who got his sister pregnant and left her high and dry. He’s willing to partner with Victoria, despite the fact that the beautiful brunette gets under his skin like no other woman. He might not be looking to settle down, but there’s no denying the scorching attraction between them. Still, the more time he spends with Victoria, the more he realizes that the one woman as skeptical about love as he is might be the only woman he could really fall for…

What books are you looking forward to this month? I only decided to include the ones I hadn’t yet read the ARC of yet.. 😛 As always Happy Reading!
Izy xo.