A New York Times, USA Today and Wall Street Journal bestselling author, Elle Kennedy grew up in the suburbs of Toronto, Ontario, and holds a B.A. in English from York University. From an early age, she knew she wanted to be a writer, and actively began pursuing that dream when she was a teenager.

Surprise!!! FREE holiday short stories from your favourite authors are now live!! It’s the season for gift giving! Six FREE standalone holiday short stories! The Merry Mistake by Vi Keeland and Penelope Ward  Note to self: Ask Santa for glasses this year. When I accidentally mistook a gorgeous man resting outside my building for a …

Release Blitz: All Wrapped Up for the Holidays anthology Read More » 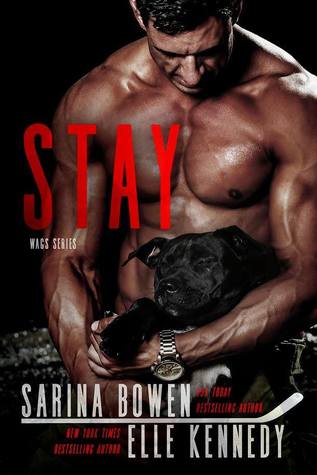 Really enjoyed this one! This is the second book in the Wags series by Sarina Bowen and Elle Kennedy and it’s just as funny as the first book. Matthew Eriksson “Snipes” is the Toronto team’s hockey star and he happens to be the client of one Hailey Taylor Emery “Hottie” company called Fetch. Fetch is …