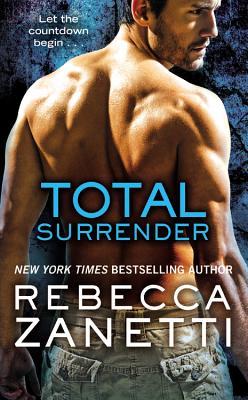 Piper Oliver knows she can't trust him. They warned her that the tall, dark, and sexy black-ops soldier Jory Dean would try to win her over with his steel-gray eyes and deadly charm, but she won't be conned by this man they call a traitor. All she has to do is figure out the science necessary to save his life, and she's done. Something isn't adding up, though, and she won't rest until she uncovers the truth-even if it's buried in his deep, dangerous kiss.

Jory will do anything to reunite with and save his brothers-even kidnap the gorgeous woman who's working to deactivate the deadly chip in their spines. But the forces determined to destroy his family won't let them go so easily. Keeping Piper alive is more than he bargained for-and so is his burning desire for her. But with every second bringing him closer to certain death, can he afford to lose himself in her hot and willing embrace?

Jory Dean has been missing and thought dead for more than two years.  Jory is the youngest of Dean brothers, who along with his brothers escaped their military compound  prior to the start of the series. His brothers recently found out that Jory survived a bullet wound to the chest at the end of the last book. Jory has only recently woken from a coma, with his kill chip broken, Jory believes he doesn’t have much time before it accidentally ends up killing him. He is under captivity of the asshole and lunatic that the commander is.

Jory was so much more than I expected, I mean if you have read the other books in the series, you know that he has always been in the hearts of his brothers and their grief of losing him had a huge impact on their life. He was described as amazingly intelligent but sweet and well their little brother. He was the one that made the brothers see light in their dark lives and he made them smile. Here in this book, he is those thing as well being a badass.

“If I could, I’d spend every second of every day keeping you safe and warm. Totally loved without one concern…..Baby. I’ll always love you.”

Piper Oliver is the young hacker, brought in by the commander to help with Jory’s chip. She believes that the commander and his people are the good guys and Jory is a traitor to the country. Piper is attracted to the prisoner from the moment she meets him. Her whole world turns upside down when she founds out that whatever conceptions she had of her life, the commander, the facility and Jory are completely out of sync with the reality. I don’t want to give away too much about her since she was an interesting character, she goes through a lot and comes out stronger and tougher and there are so many spoilers related to her life so….

“I’m in love with all of you, Jory. The computer geek and the soldier.”

Piper and Jory were perfect together, they understood each other’s hacker babble, had great as in off the charts chemistry and they were adorably sweet.

I just have to mention, this book also made me very teary, some scenes were heartbreaking.

The action/suspense bit was also done wonderfully, it had you at the edge of your seat (or bed in my case 😛 ) and you don’t know how it’s going to end with a happy ending since there’s seems no hope or way out.

Quibbles: Piper started of as naive, which made me go all like ‘Open your eyes dude, look around!’ Anyways she got better obviously, otherwise I wouldn’t enjoyed the book as much as I did.

I loved seeing all the brothers back together, their significant others and see the dean brothers finally have the family and love they ever wanted yet never voiced or hoped for.

Overall, this was a great end to a wonderful series. Nothing else to add apart from I hope we get more books from this series world, especially for some of the secondary characters introduced in the book since the book seemed to hint that we might get a spin off. Bravo Rebecca Zanetti. As always Happy Reading!