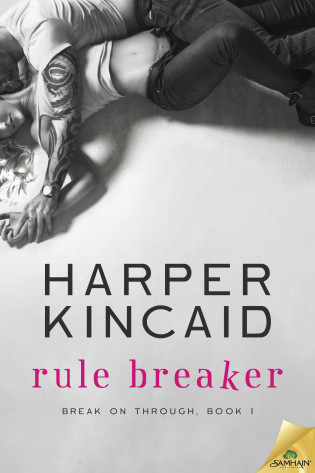 
Re-belle-ious, free-spirited Lauren Renwick has decided it’s time to trade her wings for roots. That means no more bad boys, no more foolish choices. Yet when she’s stood up on New Year’s Eve, her resolution to stick to her Mama’s Rules for Dating weakens. Especially when she spots sex-in-leather-and-tattoos, Jackson Sullivan.

Lauren tries to convince herself he’s just one last fling to get bad boys out of her system, yet she finds herself falling hard and fast for a man with a stalker ex and a meddling Irish family. Plus, he has zero chance of passing her uptight parents’ inspection.

Jackson has Lauren’s back, but if she wants all of his heart, she’ll have to meet him halfway—by ditching rules that hold her prisoner, and learning to stand up for what she really wants.

Warning: Contains several highly practical rules for dating—all of which will be broken in the most wicked ways possible, thanks to a domineering alpha male who knows what he wants and isn’t afraid to go after it...rules be damned.

A woman with the heart of a revolutionary,

The mind of a pragmatist,

And the inappropriate humor of your tipsy BFF…

Born in California and raised in South Florida, I’ve moved around like a gypsy with a bounty on my head ever since. Along the way, I’ve worked as a community organizer, a professional matchmaker, an art teacher, a popular blogger, and a crisis counselor (to name a few). All the while, longing to have the guts and follow-through to do what I really wanted: to write and become a published author. That wish has finally come true and tickled pink with glitter over this good piece of fortune.

What else? Hmm…I love indie, lo-fi, complaint rock played on vinyl, wearing black because it’s slimming, the theater, well-informed optimism, happy endings (both kinds),and making those close to me laugh ’til they snort. I’m a self-admitted change junkie, loving new experiences and places, but have now happily settled in the cutest lil’ town, Vienna, Virginia.